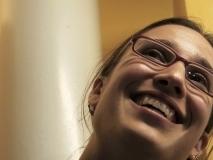 Ana Maria is a CAROLINE fellow working on completing her research entitled: Scaling community social innovations to promote inclusion in the implementation of the Sustainable Development Goals (SDGs): An international, interdisciplinary and intersectoral perspective on women and girls with disabilities. The study explores, analyses and promotes effective community level innovations that can be scaled up and inform the development or revision of government policy to enforce the SDGs for persons with disabilities with a particular focus on women and girls with disabilities in the context of Lao PDR.  Ana Maria’s research contributes to highlight policy interventions that address the intersections of gender and disability to reduce systemic inequality. This ambitious project is carried out in collaboration with Humanity and Inclusion and Maynooth University and funded by the Irish Research Council and from the European Union’s Horizon 2020 research and innovation programme under the Marie Skłodowska-Curie grant Agreement No 71279. 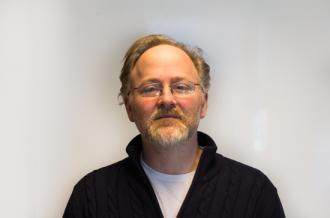 Dr. Bryan Roche has conducted and published research into gender stereotyping for over 25 years.  Out of this he has helped to develop a modern behaviour-analytic model of prejudicial attitudes that is accompanied by testing and training tools that fall readily out of this account.  His Function Acquisition Speed Test (FAST) was developed to not only test for the presence of implicit biases, particularly in the context of gender and race, but also to index their strength, which makes it unique among implicit tests.  The FAST has now been adapted and developed into an online training tool to help reduce the speed and likelihood of automatic implicit biased responses.  Dr. Roche has also conducted research into the impact of gender binaries in natural language on biases related to the professional competencies of women.

Cummins, J., Roche, B., Tyndall, I., & Cartwright, A.  (2018).  The relationship between differential stimulus relatedness and implicit test effect sizes.  Journal of the Experimental Analysis of Behaivor, 118, 24-38.

Cartwright, A., Hussey, I., Roche, B., Dunne, J., & Murphy, C. (2017). An Investigation into the Relationship between the Gender Binary and Occupational Discrimination Using the Implicit Relational Assessment Procedure. The Psychological Record, 67, 121-130. 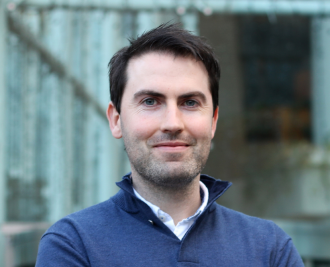 In a few of the projects that I’ve worked on we’ve examined differences between the sexes in terms of risk of exposure to traumatic life events, and risk of developing Posttraumatic Stress Disorder (PTSD) and Complex PTSD (CPTSD). For example, in a recent study of the Irish population, we found that men and women do not differ in the number of traumatic events they encounter throughout their life – and during different developmental periods – but they do differ in the types of events they experience. Women are 2-4 times more likely to be exposed to sexual-based traumas, whereas men are about 2 times more likely to be exposed to physical-based traumas, war and combat related traumas, and life-threatening accidents. We also found that women were more likely to meet diagnostic requirement for PTSD, and when trauma history and environmental factors were accounted for, this difference between the sexes increased in magnitude. This is a consistent trend across the literature.

We have just finished a study (it is under review at the moment) examining sexual violence in Ireland, using a nationally representative sample. We found that 34% of Irish adults have experienced some form of sexual violence in their lifetime, including 15% who were sexually assaulted (raped) and 31% who were sexually harassed. Women were significantly more likely that men to be exposed to all forms of sexual violence, except in the case of rape by a parent or caregiver where there was no difference between men and women. Specifically, about 1-in-2 women (49%) experienced some form of sexual violence in their lifetime, compared to about 1-in-5 men (19%). And, 1-in-5 women (20%) experienced a sexual assault (rape), compared to about 1-in-10 men (9%).
Vallières, F., Gilmore, B., Nolan, A., Maguire, P., Bondjers, K., McBride, O., Murphy, J., Shevlin, M., Karatzias, T., & Hyland, P. (under review). Sexual violence and its associated psychosocial effects in Ireland. Journal of Interpersonal Violence.

Finally, and somewhat relatedly, we are in the process of a writing a paper now that focuses specifically on examining if environmental and psychological factors explain differences between men and women in their risk of meeting diagnostic requirements for depression and generalized anxiety disorder during the pandemic. We have shown that women significantly differ from men on a range of environmental (e.g., employment status, income level, increased caring responsibilities) and psychological (e.g., trait neuroticism, empathy, loneliness, sleep quality) variables that are themselves highly associated with depression and generalized anxiety disorder, and when these environmental and psychological differences are recognised, women are not significantly more likely than men to meet the diagnostic criteria for depression or generalized anxiety. Thus, our findings suggest that the greater risk of depression and anxiety for women is predominately attributable to differences between the sexes in their external environments and their internal psychology.
Hyland, P., Vallières, F., Bondjers, K., Shevlin, M., Gilmore, B., & Murphy, J. Sex differences in depression and anxiety during the COVID-19 pandemic are explained by psychosocial factors. Depression & Anxiety. Manuscript in preparation.

Our research has explored the experience of informal caregivers in a number of different contexts. This work has highlighted how females are significantly more likely to be involved in the provision of informal care than males and that they are also at risk of experiencing greater care-related burdens as part of their role. This may owe to the greater involvement of females in a range of caregiving tasks, including the provision of social and emotional care, as well as the practical, medical and instrumental tasks required for caregiving. Uncovering ways to mitigate burden is an important goal of our work.
Along with Jamie Howell, we are also conducting research into the experiences of transgender people in Ireland. We have shown how those who are transgender are less likely to seek help for a physical health condition than cisgender participants. We are currently working to explore the experiences of those undergoing gender affirming healthcare in Ireland.