The Geography Department at Maynooth enjoys a vibrant and varied research culture that often transcends the boundaries between the natural sciences, the social sciences, arts and humanities. Geographers explore these diverse worlds through multidisciplinary engagement, informed by our own research perspectives, and operating at several different spatial scales.

The strength of Geographical research in the Department has led to the formation of two University Research Institutes: the National Institute of Regional and Spatial Analysis (NIRSA) and the National Centre for Geocomputation (NCG).  A further vibrant research centre, the Irish Climate Analysis and Research Unit (ICARUS) is based within Geography, along with the Environmental Physics Research Unit, and the Centre for Health Geoinformatics.

Human Geography at Maynooth consists of a community of researchers interested in the study of reciprocal relationships which exist between social relations and spatial structures. Our research investigates these theoretically, methodologically and substantively. Among the key research areas are the social, political, economic and cultural causes and consequences of the Celtic Tiger economy; society and nature interactions; migration and diaspora; historical and cultural geographies, urban geographies and creative cities. This group benefits from its relationship with NIRSA, whose remit is to undertake fundamental, applied and comparative research on spatial processes and their effects on social and economic development in Ireland. In conjunction with colleagues in both NIRSA and the NCG, Maynooth has one of the strongest clusters of health geographers in Europe, researching both global and local health and healthcare themes.

The Irish Climate Analysis and Research Units, founded in 2000 and building on decades of experience in climate research in the Department of Geography is the leading centre for climate change research in Ireland, conducting fundamental, applied and policy relevant research in the broad area of climate and environmental change. Research at ICARUS is structured around a number of key strands including Paleoclimate Analysis, Climate Analysis and Regional Climate Modelling, together with integrative cross cutting themes including mitigation, impacts and adaptation. The growth of integrative strands over recent years has led to considerable capacity in the assessment of climate change impacts and policy in the areas of water and catchment hydrology; urban climates; biodiversity; agriculture, pests and diseases; and coastal environments. Within the Palaeoclimate strand ICARUS hosts ISCORF, a national research facility for the analysis of sediment cores, while staff are also involved in developing regional climate modelling capacity in Ireland through the use of the Weather Research and Forecasting model WRF. Members of ICARUS are recognised both nationally and internationally as having made significant contributions to knowledge and policy in the area of climate change.

The GIS and Remote Sensing group originated from Dennis Pringle's pioneering work in introducing GIS into Ireland, and Paul Gibson's establishment of an Environmental Geophysics group in the Department. Activity was strengthened by subsequent appointments in both NIRSA and the NCG. We have the longest established GIS and remote sensing master's course in Ireland. Groundbreaking techniques utilising satellite imagery to assess the environment have been used to help humanitarian relief efforts in disaster zones, as well as improving agricultural techniques and water sourcing. As key players in the prestigious Discovery Programme, our remote sensing specialists have also discovered previously unknown settlements underground, using pioneering techniques which have informed archaeological research. 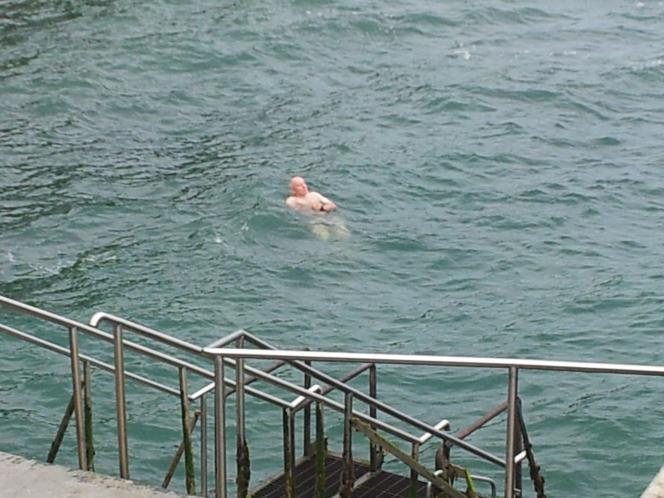 Why would a human geographer study swimming? For Dr Ronan Foley, it’s part of a long-standing interest in therapeutic landscapes – places that are health-enabling. Ronan’s first book, Healing Waters, examines the role of water in therapeutic landscapes in Ireland. His research for that book took him around the country, to holy wells and seaweed baths and spas, both historic and modern. 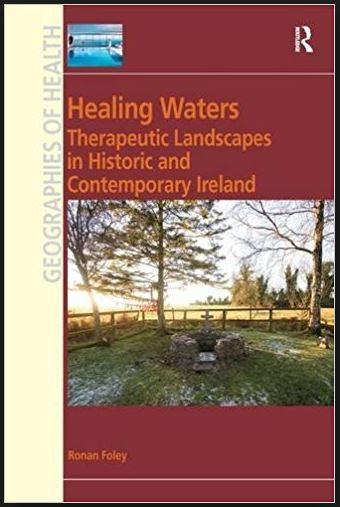 Now, his focus is on blue spaces, where water can be used to promote human health. Ronan has been working with an international group of colleagues to further develop the concept of blue space. He has written about blue spaces in Ireland in a recent article in Emotion, Space & Society, based on his research with outdoor swimmers in the 40 Foot (Dublin), the Guillemene (near Tramore, Waterford), and The Pollock Holes (Kilkee, Clare). Not content with braving the elements on the Irish coast, Ronan has also extended his study of therapeutic landscapes to other natural environments. With colleagues in UCD and ERMA, he is researching the relationship between green and blue infrastructure (parks, water bodies) and health for the EPA. He’s also a partner in a UK ESRC research project that examines the role of natural environments in the emotional geographies of people who are visually impaired, and he organised a conference session on nature, illness and impairment at this year’s Royal Geographical Society/Institute of British Geographers’ conference in London in August 2017. And it’s not all research. Ronan shares his passion for therapeutic landscapes with a lucky group of students on the Department’s MA in Geography, as well as co-ordinating our MSc in GIS and Remote Sensing. He is also looking forward to exploring a new blue space on campus if or when the replacement swimming pool is built.