Early Career Achievement Award in the Faculty of Arts, Celtic Studies and Philosophy 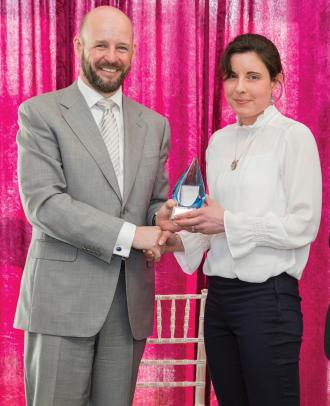 Dr Hayden completed an MPhil (2006) and PhD (2010) in Anglo‑Saxon, Norse & Celtic Studies at Cambridge University, and subsequently carried out postdoctoral work at Christ Church, University of Oxford (Junior Research Fellow, 2011‑2013) and the Dublin Institute for Advanced Studies (O’Donovan Scholar, 2013‑2015). In 2015 she joined Maynooth University as a contract lecturer in the School of Celtic Studies.

Dr Hayden’s main research interests centre on medieval Irish, Latin and Welsh language, literature and textual culture, in particular the history of linguistic thought and education in classical and medieval tradition, early Irish medical manuscripts and medieval Irish and Welsh law. She has been recently working on editions and translations of two medieval Irish texts: one a tract on literary analysis and rhetorical doctrine, and the other a discussion of practical medical matters. Her contributions have received significant international recognition and her publications have been accepted in a range of prestigious peer‑reviewed journals, both in Celtic Studies and the broader area of historical studies.
A recent edited book was published as Volume 125 of the Studies in the History of the Language Sciences series (John Benjamins), and constitutes the first such volume to focus entirely on linguistic scholarship in the Celtic languages. Over the last three full working years she has authored seven book chapters and 3 journal articles; has co‑edited two books; as well as numerous conference presentations and published review articles.
Dr Hayden has also achieved significant success in securing research grants from funding bodies that are extremely competitive at both an international and cross‑disciplinary level. In 2018 she was one of just 36 academics in Ireland, across all fields of research, to be awarded an Irish Research Council Laureate Award to conduct a project on two medieval Irish medical texts that she discovered, and which significantly alter our understanding of Ireland’s contribution to medieval European scientific literature in the vernacular.