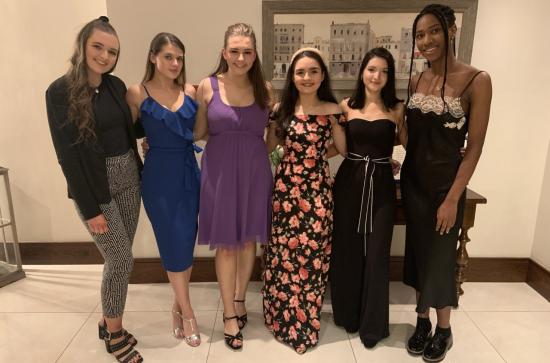 The European Law Students' Association (ELSA) Maynooth International Negotiation Competition was held on the weekend of March 7-8, for the 9th year running.

The Semi-Finals saw two of the reams from India National Law University, Jodhpur and National Law School of India University, Banglore contest UCLy and QUB, but in a very narrow contest QUB and UCLy made the Final cut. A close FInal saw UCLy triumph.

A Gala Dinner and Prize Presentation was held at Glen Royal Hotel. Dr Fergus Ryan and Dr David Cowan presented the awards to the winning team Martin Voisin and Timothee Hays from UCLy from Lyon, and the best individual negotiation to Jada White from QUB. Dr Cowan said It was fitting that the best individual negotiator prize went to a woman competitor on International Women’s Day (8th March). However, he explained she did not win because of being a woman, she earned plaudits for her skilful management of the negotiation.