Who is a migrant? 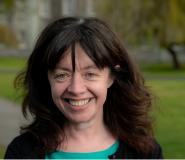 How we define who is a migrant has huge implications for how we organise our societies, writes Professor Mary Gilmartin, Department of Geography.

Which country provides the largest group of migrants to Ireland? The answer might surprise you. It’s the United Kingdom. According to the 2016 Census, around 5.8% of the total population of Ireland – just over 270,000 people – were from the UK. This is over twice the number from the country that provides the second largest group of migrants, Poland.

Right now, you’re probably looking to prove this is wrong. After all, the Irish Times said just last year that Poles are the largest group. However, the Irish Times is also right. How is it possible to arrive at two totally different answers, both of which are correct?

How we answer the questions matter, because how we define and count migrants has broader implications for our society. In a world where the power of states has been eroded by globalisation, migration is one of the few remaining ways for states to exert influence. This happens by deciding who gets to enter a country and under what conditions, such as whether or not someone can work, or vote, or start a family. Under these conditions, the rights of people who are defined as migrants are never fixed and are always vulnerable to change and exploitation.  We see this with Brexit, where many British people living outside the UK, and many EU citizens living in the UK, are now uncertain and fearful about their status and their possible futures.

Who counts as a migrant is also important, because of the implications for how we organise our societies. In particular, it allows us to see if there are differences between the experiences and opportunities of those who count as migrants and those who do not. For example, we can identify if migrants are appropriately employed, experiencing good health, living in good quality accommodation or have good English or Irish language skills. If not, we can develop policies and practices to help improve people’s lives, and make sure that public services meet the needs of the public.

We can examine if we limit people’s access to services based on their migrant status and the longer-term consequences of these actions. If we are not clear about how we define and count migrants, it will be more difficult to respond to their, and society’s, broader needs, now and into the future.

When we define some people, and not others, as migrants, we are making judgements about who doesn’t, and who does, belong

When I said that the UK provides the largest group of migrants to Ireland, this is because I described people as migrants based on place of birth. This is also how the UN and the OECD identify migrants. Using this definition, anyone born outside the Republic of Ireland is classified as a migrant. In contrast, the Irish Times report defines migrants based on nationality, which is a more common measure in Europe. Using this definition, a migrant is anyone with a nationality other than Irish.

Both of these definitions give us counts of international migrants in Ireland. There’s a third possible definition, which is that you have changed your country of residence for at least a year. As a consequence, we have three different measures of international migrants living in Ireland in 2016. To show the difference, the 2016 Census counted 535,475 non-Irish nationals, 810,406 people born outside Ireland, and 888,899 had who lived outside Ireland for a year. The lowest number is 11.2% of the total population; the highest number is 18.7% of the total population. That’s a big difference.
Each of these ways of answering the "who is a migrant?" question brings its own problems. If we define migrants on the basis of place of birth, what does this mean for people born in Northern Ireland? Should they be categorised as born in Ireland, or as born outside Ireland - particularly since the removal of the territorial claim to Northern Ireland from the Constitution in 1998? If we define migrants on the basis of nationality, how should we count the increasing number of new Irish citizens, many of whom have dual nationality? Do they count as "nationals", "non-nationals" or "migrants"?

Our definitions have broader implications in the current era, because migrants are increasingly being used as scapegoats for other political issues

Our definitions have broader implications in the current era, because migrants are increasingly being used as scapegoats for other political issues. When we define some people, and not others, as migrants, we are making judgements about who doesn’t, and who does, belong.

In the past, we did this by describing migrants living in Ireland as ‘non-nationals’, thus suggesting they belonged nowhere. Today, while people living outside Ireland may well be described as Irish, they are also seen as migrants, and they have no rights to vote in Ireland. How we define migrants, and how we count migrants, has real world consequences. We need to pay attention to those consequences as we come to terms with the changing place of Ireland in a mobile world.