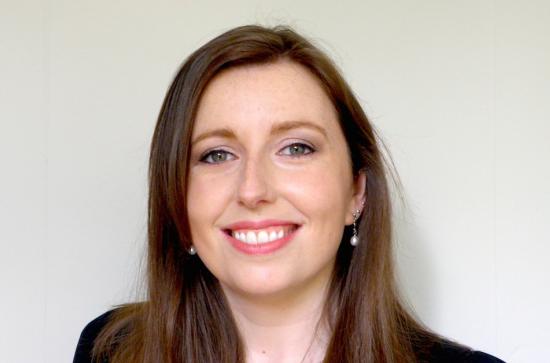 Estelle Murphy is a musicologist with two areas of specialism: English and Irish music of the late seventeenth and early eighteenth centuries, and contemporary popular music (specifically heavy metal).
Estelle completed her undergraduate degree at University College Cork, where she developed a love of Baroque music. Following this, she undertook a PhD at UCC. Her PhD thesis, 'The Fashioning of a Nation: The Court Ode in the Late Stuart Period' focused on music and politics at the London court during the reigns of the late Stuart monarchs. Having been awarded her PhD in 2012, Estelle continued to lecture at UCC, where she had held various adjunct positions during her time as a postgraduate. In 2014 she was appointed lecturer in music at Maynooth University.
Estelle’s seminar will look at the manuscripts of William Boyce, which she studied at the Weston Music Library, University of Oxford during a recent trip supported by the RIA Charlemont Grant. Her work on Boyce forms part of the research she is conducting for her monograph on the court ode from the Restoration to 1779, under contract with Boydell & Brewer Press.