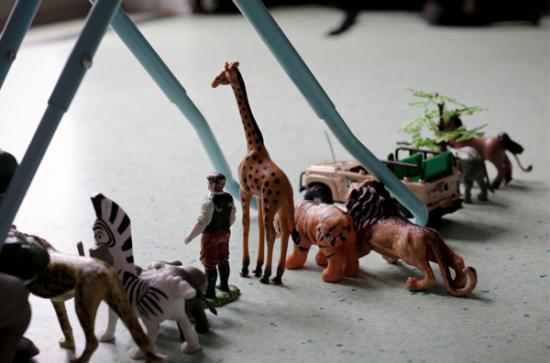 Family Hubs restrict the capacity to live normal lives and have devastating impacts on family, adult and child wellbeing, a new submission to the Joint Committee on Housing, Planning, Community and Local Government Meeting has stated. The submission has also called on the government to implement an emergency state building programme and a rights approach to housing which would lead to practical policy changes.

Proof that both the private market and Housing Assistance Payment (HAP) are failing to realise social housing needs and rights is found in the reality of life in emergency homeless accommodation and the emerging Family Hubs. Hotels and hotels restrict the capacity to live normal family lives and curtail functioning in parenting, child development, education, employment and maintenance of family and social networks, with devastating impacts on family, adult and child well-being. There is no international research or evidence base to justify the emerging family hubs model and there have been no pilots or operational guidelines to demonstrate how they might work.

The submission highlighted five key strategies; prevention, building homes, enhancing HAP, mitigating the potential negative impacts of hubs, and addressing power imbalances through a rights approach, all of which are premised by the urgent need to act now. As a previous report, authored by Dr Mary Murphy and Dr Rory Hearne from Maynooth University, had also suggested, there is a core tension in trying to address the social housing crisis by over-relying on the private market to deliver investment in housing while disinvesting in social housing build. Early signals in the review of Rebuilding Ireland reflect a core conclusion; the primary mechanism to resolve social housing and homelessness must be state-led provision of social housing by local authorities.

Discussing the urgency noted in the submission, Dr Mary P. Murphy, Maynooth University Social Sciences Institute, said: “Sadly, our argument that homelessness will escalate has already been proven. Such is the scale of the homelessness crisis that our research on social housing and the over-reliance on the private sector launched in July 2017 is already out of date. The number of children homeless increased by over 30% since the 2016 publication of Rebuilding Ireland. We need nothing less than an emergency state building programme. If the Irish state could build 9,000 social houses in 1975 that, they can do so in 2018.

“The danger with ‘hubs’ is that they can work as a form of ‘therapeutic incarceration’ both institutionalising and reducing the functioning capacity of families.  We have a long Irish history of gendered forms of social violence inflicted on poor mothers and their children who were made invisible, incarcerated and excluded from society. We caution that hubs may be a new form of institutionalisation of vulnerable women and children, and poor families (predominantly lone parent mothers, working class, migrant and ethnic minority women). Housing market failures will be forgotten as these families become the ‘problem’ that needs to be solved. While stressing the need for an urgent social housing building programme we argue short term stays in emergency accommodation hubs need to maximise family functioning, dignity and respect.

Dr Rory Hearne, Maynooth University Social Sciences Institute, added: “This housing crisis will continue for many years to come. Given the on-going mortgage arrears crisis, the private rental crisis, and the lack of private supply, HAP, even with reconfiguration, is unlikely to provide a stable and secure home for these families and families in hubs remain inadequately housed and exposed to institutionalisation. Hidden away, their homeless may be forgotten and ignored. We need political will to address this very real crisis and to implement a real emergency response, a state led building programme.”

The Government’s 2016 housing plan “Rebuilding Ireland” made clear that this is the primary strategy for providing additional social housing.  32,000 households are expected to be provided with housing through HAP between 2017 and 2018.  87,000 units of housing are expected to be provided up to 2021.  However, the Maynooth University report argues this approach further exposes lower income households to the inequalities of the private market.

A cost benefit analysis contained within the report shows that the state cost of funding a local authority home over 30 years comes to €800 per month.  In contrast the average HAP rent in Dublin is €1,244 per month.  This means over a 30-year period, the provision of a typical HAP dwelling in Dublin is almost €275,000 more expensive per unit than if it was provided through state funded local authority building of social housing.  This makes the Rebuilding Ireland target of providing 87,000 private rental units €23.8 billion more expensive than providing these units via local authority building, over 30 years.