The Department's staff are often asked to participate in public debates and events.

While there are a variety of ways to do this, below you will find links to discussions, and media appearances by staff, as well as links to often used blogs.

STOPFARRIGHT is an Irish Research Council funded project, led by Dr Barry Cannon of the Department of Sociology at Maynooth University, in association with Crosscare. The project aims to promote discussion and debate between academics and civil society groups on how best to counter-strategise against the growth of the far right in Ireland. As part of its activities, STOPFARRIGHT is holding a series of online seminars with leading Irish and International academics and civil society members working on the theme of resisting the Far Right.

You can watch back the first seminar in this series on the theme of Far-Right Misinformation, which took place on Wednesday, 20 October 2021. This seminar looked at the role of misinformation in Far-Right strategies at the international and Irish level, and discussed and explored strategies to counteract them.

Professor John O' Brennan was interviewed on the Sean Moncrieff Show on Newstalk FM about the Northern Ireland Protocol and Brexit on Thursday 14 October.

Listen back to the full discussion here.

Professor Mary Corcoran chaired a Government panel discussion hosted by Kildare County Council with support from the Department of Local Government, Environment and Heritage on Wednesday, 13 October 2021. The event was directed in particular at Transition Year students around Kildare to encourage them to consider careers in politics and public service. 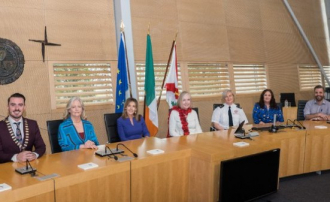 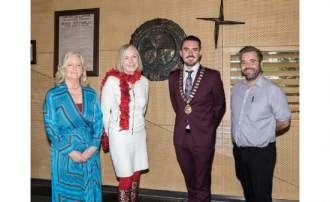 Professor John O’Brennan was interviewed on 13 October 2021 by TRT World television on Brexit, EU-UK relations and the Northern Ireland Protocol. You can view the segment via this YouTube link:

The hit Netflix series, Squid Game, is the latest in a growing global engagement with Korean popular and commercial culture.

Read the full article here by Dr Rebecca King O'Riain published via RTE Brainstorm on 11 October 2021, on why the show is so popular.

Dr Delma Byrne shares comments on the topic in this Irish Times article boys will be boys: are schools guilty of unconscious gender bias? published on 5 October 2021

In the run-up to the EU-Western Balkans Summit Meeting on 6 October, 2021, Professor John O' Brennan gave an interview to Sarajevo-based N1 television in Bosnia. assessing what was at stake in the Summit Meeting and evaluating the significant problems exhibited by the EU enlargement process.
Watch the full interview back here, published on 30 September 2021: https://ba.n1info.com/english/news/professor-obrennan-tells-n1-will-western-balkans-countries-ever-join-the-eu/
John also gave an interview to Reuters on the same topic and this article was much discussed in international media: https://www.reuters.com/world/europe/eu-no-longer-agrees-balkan-membership-guarantee-diplomats-say-2021-09-28/

Prof. John O'Brennan on Newstalk's On the Record podcast, discussing German federal elections & the legacy of Angela Merkel for Germany & the EU, September 2021

Professor John O' Brennan took part in a in-studio discussion on Newstalk FM's 'On the Record: Sunday Paper Review 19 September'. The discussion focused on the German federal elections and on the legacy of Angela Merkel for both Germany and the European Union.

Listen back to the full podcast here: https://www.newstalk.com/podcasts/on-the-record-with-gavan-reilly/on-the-record-sunday-paper-review-september-19th-2

In this Royal Irish Academy ARINS (Analysis and Research: Ireland North and South) blogpost, Professor Mary Murphy discusses a new welfare imaginary for the island of Ireland and how our society can collaborate to imagine a better welfare state across issues of social security, poverty and inequality, north and south.

Prof. Mary P. Corcoran explains the key points of her paper published on food apartheid in the USA, July 2021

In light of the pandemic and the Black Lives Matter (BLM) movement, ‘food apartheid’ has come under the spotlight. Food justice movements are expanding, and re-politicizing hunger in poor communities across US cities and beyond. Embedded structural and racialized inequalities are being exposed and challenged. Professor Mary P. Corcoran illuminates the extent of community-based activism around food justice in New Haven, CT in her research paper Beyond ‘food apartheid’: Civil society and the politicization of hunger in New Haven, Connecticut, published 9 June 2021.

Watch and listen to Professor Corcoran explain the key points of her paper in this video published on ScienceSocieties, YouTube:

Professors Seán Ó Riain and Mary Murphy took part in a webinar with SIPTU on "Low Pay Republic: Combatting Low Pay in the Irish Labour Market". They discussed low pay and the suite of labour market and enterprise-level policies which are required to tackle Ireland’s low pay epidemic.

Articles published in the Irish Times and The Irish Examiner discuss the The National Women's Council (NWC) of Ireland's new Increasing Gender Balance on Boards: The Case for Legislative Gender Quotas in Ireland report, authored by Dr Pauline Cullen of the Sociology Department at Maynooth University. The NWC's report highlights that women remain significantly underrepresented in boardrooms of Irish companies, and in senior leadership roles. Furthermore, they are facing a very slow pace of change, as well as evidence of stagnation and regression. The NWC has called for mandatory gender quotas to apply to corporate boards.

Dr Rebecca King O'Riain writes in the Irish Independent about the challenges facing students during the pandemic, April 2021

Dr Rebecca King O'Riain (Department of Sociology, Maynooth University) writes in the Irish Independent Opinion section about the many challenges faced by our resilient students during the pandemic.

Published in the Irish Independent on Friday, 30 April 2021

Professor Mary P. Corcoran chaired the "Full and Plenty- Farming and the Future" panel discussion with Professor Stephen Kinsella (University of Limerick) and Dr. Monica Gorman (University College Dublin). The webinar was hosted by Limerick Gallery of Art on 13 April 2021.

Dr Pauline Cullen and Professor Mary Murphy, both of the Sociology Department at Maynooth University, write about the Irish feminists need to mobilise for a post-pandemic future built on an ethic of public care in the Irish Politics Forum.

This blog was orignally published in March 2021.

The blog was originally published in March 2021 in the Irish Politics Forum and the Transforming Society Blog.

Watch the video by Laura Gaynor based on this blog featuring Professor Mary Corcoran: https://twitter.com/RTEBrainstorm/status/1379407566963367937

Dr Pauline Cullen on Gender Based Violence in the Irish Times, March 2021. 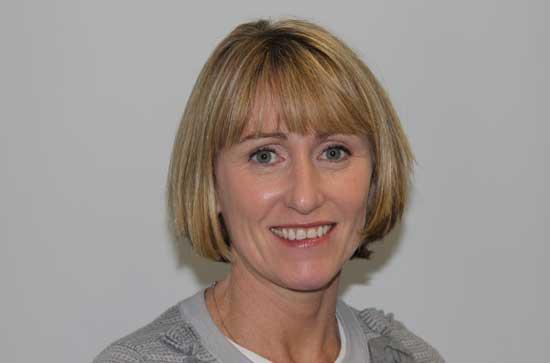 In the Irish Times, Dr Pauline Cullen discusses how Gender Based Violence was ‘propelled’ onto the agenda by a large number of submissions to the Citizens Assembly ahead of its discussion of gender equality.

Read the full article here which was published on 13 March 2021.

“The Irish Buddhist: the Forgotten Monk who Faced Down the British Empire”, a new book by Laurence Cox (Maynooth University, Sociology Department), Brian Bocking and Alicia Turner (Oxford University Press, 2020), tells the life of Dublin-born sailor, hobo, Buddhist monk and anti-colonial activist Laurence Carroll / U Dhammaloka. Dhammaloka had at least 5 pseudonyms, covered up 25 years of his life, was tried for sedition, put under police surveillance, faked his death and eventually disappeared.

Watch Laurence discuss this book in the video below, at an event for UCD’s Asia Pacific Research Network, held on 18 Februay 2021:

Listen back to Professor Mary P. Corcoran as a guest panelist on RTE Radio 1 series “Like Family” - a special edition with Brenda Donohue, discussing the impact of COVID 19 on young people. Recorded September 9, 2020

Professor Aphra Kerr and colleagues write a blog post for Media Literacy Ireland - ‘We Expect Ethical Artificial Intelligence – Who will deliver it?’.

‘Why have over a million Irish people downloaded the Covid-19 app?' writes Professor Aphra Kerr for RTE Brainstorm.

Why making that call is better than texting or tweeting in these times of cocooning & social distancing writes Prof. Aphra Kerr. RTE Brainstorm blog & video, March 2020

'Why making that call is better than texting or tweeting' in these times of cocooning & social distancing writes Professor Aphra Kerr for RTE Brainstorm.

The problem with existing systems of income support is not their conditionality but their presumption that only market participation is a legitimate contribution. Read more in this Reconfiguring welfare in an eco-social state: participation income and universal services blog published on Social Europe by Professor Mary Murphy and Dr Michael McGann, 29 May 2020.

Ten steps on a high road Covid era back to work strategy by Prof Mary Murphy, MU Spotlight on Research, May 2020

"We need to avoid returning to a ‘normal’ that did not work for many people. Rather, we need to develop the most appropriate model of activation for this unique Covid-19 era, writes Dr Mary Murphy, Department of Sociology"

Read Ten Steps on a High Road Covid Era Back to Work Strategy by Professor Mary Murphy published on Maynooth University Spotlight on Research, May 2020.

Listen back to This is Where We Live - The Vienna Model: Housing for the 21st Century on Dublin City FM's Podcast with Professor Mary Murphy, Maynooth University Department of Sociology. July 2019.

Why do we always hear the argument that we need to be more like the Nordic Countries? Well probably because they match the direction of their economies to meet the needs of their societies. Professors Mary Murphy & Seán Ó Riain discuss the ways we can adopt those systems on to our market based economy on the Reboot Republic Podcast via Tortoise Shack. Originally published on 15 June 2018.