Why have we seen so many storms in recent years? 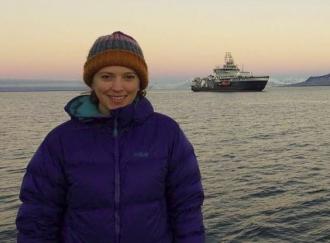 The very high level of storminess has meant more frequent and intense storms hitting Ireland, writes Dr Lisa Orme, in ICARUS and the Department of Geography
Some years seem to have an endless succession of storms. For some people, this means wet feet, windswept hair and cancelled plans. For others, it's serious disruption from tree-blocked roads, flooded homes and missing roof tiles.
Recently, there have been years with a very high level of storminess, characterised by more frequent and intense storms. The stormiest winter on record for Ireland to date was 2013-2014, while Storm Ophelia in 2017, left €70 million worth of damages in its wake.
So why are there some years with countless storms? If we look to the past, have there been times with similar or greater storm intensity and frequency? And why have changes occurred?
We know about recent decadal changes in storminess by looking at weather measurements taken since the late 19th century. These tell us that there have been some decades, such as the 1910s-1920s and 1980s-1990s, which have had many more severe storms than others
One of the causes of high storminess in these periods was an atmospheric circulation pattern known as the North Atlantic Oscillation (NAO). This is an index reflecting the difference in pressure between a low pressure anchored over Iceland and a high pressure over the Azores. When the pressure difference is high (known as a positive NAO index), the westerly airflow over the Atlantic strengthens and a series of storms are directed over northern Europe. This was one of the main causes of the high storminess in the 1910-1920s and 1980-1990s, and is a factor that continues to influence the year-to-year and decade-to-decade storminess variability in Ireland.
If we consider the last 10,000 years, it is clear that the Little Ice Age was not an unusual event
Going further back in time, there is evidence for storms of greater intensity than we have seen in recent years. The period from 1400 to 1850 AD is known as the Little Ice Age because there were colder conditions in Europe, but this was also a time of more intense storms. For example, sand dunes in Northern Ireland became less stable as a result of greater wind disturbance.
One of the severest storms of the late Little Ice Age took place in 1839 and has become known as The Night of the Big Wind. This storm caused destruction across Ireland, with buildings damaged and destroyed, up to 300 people killed and 42 ships wrecked. The huge waves produced by the storm launched boulders on the Aran Islands onto clifftops 30 metres high where they remain today. As such, it is considered to be the worst storm in the last 300 years.
The causes of the high storminess during the Little Ice Age continue to be debated, but one theory is that powerful storms were produced by a strong cooling of the North Atlantic. There are several pieces of evidence supporting this North Atlantic cooling. Records from Iceland show that there was a greater persistence of sea ice around the coastline at this time. There were recurrent collapses of the cod fishery on the Faroe Islands during the Little Ice Age, which is an indication of colder temperatures as cod do not survive in water below 2°C.
The analysis of ocean sediment at sites across the North Atlantic shows that the sediment deposited during the Little Ice Age includes coarse sand and gravel dropped by melting icebergs. As icebergs are no longer able to reach sites this far south, the past ocean temperatures must have been cooler. A steeper temperature difference between the cold north Atlantic and lower latitudes may have allowed the intense Little Ice Age storms to form.
It is safe to say that similar impacts would be experienced in future if there was an increase in storminess with global warming
If we consider the last 10,000 years, it is clear that the Little Ice Age was not an unusual event. Researchers have found some evidence that the climate was similar to the Little Ice Age around 1,500, 2,800, 4,200 and 8,200 years ago, with colder conditions and higher storminess in Europe. Like the Little Ice Age these periods also seem to have had colder conditions in the North Atlantic, with greater southward extent of icebergs.
In Ireland, evidence for storminess during these periods is elusive, although sand dunes in Northern Ireland were less stable between 3,100 and 2,400 years ago showing that storminess was high. On Achill Island, a unique sand layer has been found deep within bogs marking a severe period of storminess that occurred 5,200 years ago, when sand was blown across the island. Finally, the discovery of ancient remains of oak and pine trees in exposed coastal locations along the west coast show that calmer and warmer conditions must have occurred from 6000 to 4,000 years ago, allowing large trees to grow and not be blown down.
It is not certain how storminess in Ireland will change in the future. From looking at past climate, we see that storminess in Ireland has varied over decades, centuries and millennia, posing challenges to human populations and altering ecosystems. It is safe to say that similar impacts would be experienced in future if there was an increase in storminess with global warming.
Back to top
Back to top