What would a united Ireland look like? Some lessons from Germany 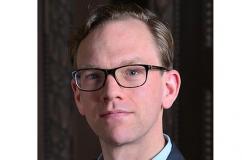 German reunification shows the many complex issues which must be dealt with when it comes to uniting two jurisdictions, writes Prof Tobias Lock, Department of Law
If a vote on a united Ireland were held and the people on both sides of the border voted in favour, how exactly would Irish unification come about? A study of the process of German reunification, probably the closest and most recent precedent, sheds a light on the legal complexities of uniting two jurisdictions and reveals lessons on how to deal with them.

As with Germany, Irish unification would consist of the accession of an existing entity (Northern Ireland) to an existing state. Hence, a united Ireland would be legally identical with the existing Irish state and would not be a new state. This means that legally speaking there would be no need to adopt a new constitution or make changes to the legal system. Equally, a united Ireland's international relations would be largely identical with those of today’s Ireland, which is notably important for Ireland’s continued membership of the EU and various international organisations.

In a similar vein, Irish unity would be preceded by a bilateral treaty between Ireland and the UK, as well as multilateral negotiations, mainly at the EU level. Unlike East and West Germany, Ireland is a fully sovereign state and the principled question whether Irish unification could occur is settled: Ireland and the UK agreed in the Good Friday Agreement that Irish unification would take place following a border poll.

However, the question of how precisely a transfer from the UK to Ireland of sovereignty over the six counties of Northern Ireland would happen is largely for negotiation. By contrast to East Germany, which was a subject of international law in its own right, representatives of Northern Ireland would not necessarily be involved in such a negotiation, even though it would be politically prudent to make an effort to involve them every step of the way.

Such bilateral negotiations would need to decide on numerous technicalities, not least the timing of a sovereignty transfer, the fate of British military installations, state property, sovereign debt, pensions and so on. The UK might also want to see the guarantees in the Good Friday Agreement reconfirmed and possibly additional political guarantees added to protect the unionist minority in a united Ireland.

By contrast with Germany, constraints from EU law might be more relevant in the case of Ireland given that the EU has accrued additional powers since German unification. For instance, the reunification of Germany was preceded by a currency union. Since the introduction of the euro, Ireland is no longer in a position to unilaterally determine currency questions.

This means that a formal transitional dual currency regime in Northern Ireland – something which might be attractive for a short period of time to allow businesses to adjust – could not be agreed without bringing the EU onboard. In light of the right to identify as Irish, British or both laid down in the Good Friday Agreement, a united Ireland might have an interest in guaranteeing British citizens originally from Northern Ireland full EU citizenship rights without obliging them to hold an Irish passport. Again, this could only be done if there was agreement at EU level.

There may well be an internal desire to adopt a new constitution for a united Ireland, even though this would not be a strict legal necessity as Northern Ireland would simply accede to the existing Irish state. The German example shows how such a desire can easily be derailed. The Berlin wall fell on November 9th 1989 and unification was complete less than a year later on October 3rd 1990. Such enormous time-pressure left no time to draft a new constitution. A compromise that the constitutional question should be revisited within two years came to nothing as the momentum for constitutional change had been lost.

The same might happen If Ireland decided to go down a similar route of trying to bring about unity quickly and leaving constitutional questions for another day. The downside was that East Germans were left with a feeling of having been absorbed by a larger entity without their proper involvement. It is not inconceivable that Northern unionist might feel the same should they find themselves in a united Ireland constituted by Bunreacht na hÉireann.

In the case of a united Ireland, this would not necessarily be so. It cannot be said that Irish law is superior in every respect to Northern Irish law and this means that complex decisions as to which aspects of which legal order should be preserved to govern a united Ireland would need to be made. The techniques employed by German legislators here might be of use: the frontloading of decisions, transitional periods, conflict clauses and transitional law can be used to build bridges towards the creation of a common legal order. On top of that, the lega legacy of partition and the Troubles would need to be dealt with.

Without doubt, a process of unification would place Irish state capacity under enormous stress. West Germany was 12 times the size of today’s Irish state and was equipped with a correspondingly sized civil service. While one might argue that Irish unification would in some regards be more straightforward, it would be hard not to conclude that the Irish state would be under more strain relatively speaking than the West German state was in 1990. The main lesson from Germany therefore is to be prepared.

This piece is based on an academic paper published by the Irish Studies in International Affairs and first appeared in RTÉ Brainstorm
Photograph: Hands Across The Divide peace statue, Londonderry
Photo courtesy of Bildagentur Zoonar GmbH