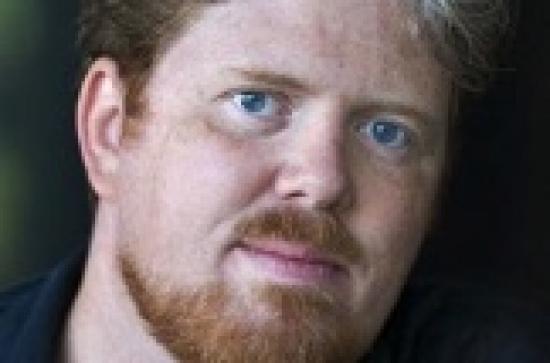 Ireland is a nation in which poetry, music, and storytelling figure prominently in constructions of national identity.  Indeed, the national symbol is the Celtic harp [cláirseach], icon of the ancient bards, the epic storytellers.  It is also a country with a proud history of anti-colonial struggle and diasporic consciousness.  Not surprisingly, these legacies figure prominently in the ways that hip hop has been engaged as a tool of cultural expression and political resistance by Irish MCs and DJs—from the street reporting, revolutionary lyrics, and “Celtic funk” of pioneers ScaryÉire, Ár Lá, Marxman, and Lunítíc to the epic references, Joycean wordplay, and trad soundscapes of contemporary artists like Temper-Mental MissElayneous, Spekulativ Fiktion, Jonen Dekay, Rusangano Family, and Kojaque.  Such “Knowledge of Self” (KoS) is of central ideological import in hip hop praxis and a prominent topic of hip hop scholarship.  As Dublin MC, Mango, put it in the recent documentary, The Truth About Irish Hip Hop (2017): “if you don't know where you’re from, where you’re from won’t know you… that’s the essence of hip hop.”
Through interviews, observations, and other forms of ethnographic and archival research—including collaborative storytelling with artists—this presentation seeks to tell a history of hip hop in Ireland.  In so doing, however, it also makes a larger claim about the relationship between the ways that this irreducibly black American art form has been appropriated globally and, on the other hand, the ways that “entrenched oral traditions of storytelling and poetry stretching back thousands of years have incorporated hip-hop into their cultures” rather than the other way around (Pennycook and Mitchell, 2009).  Building on the work of Pennycook, Mitchell, and Urla (2001), I posit the “hip hop interpolation” thesis: that hip hop spreads not as a copy of an African American original, but, through its performance of knowledge, emerges as an always already constituent part of local knowledge and practice.  The theorization thus moves beyond the “hailing practices” described by Althusser’s theory of interpellation—the discursive webs that enable ideological incorporation—to describing an interpolation that locates other histories within and through hip hop’s performed knowledges.
Why has this highly localized, particularized, and authenticizing black American music translated so easily to far flung communities and contexts around the globe?  Because they were already hip hop.  They just didn’t know it yet.
The paper is based on pilot data for Rollefson's European Research Council grant project and is forthcoming as a chapter inMade in Ireland: Studies in Popular Music (eds. Mangaoang, O'Flynn, Ó Briain).

J. Griffith Rollefson is lecturer in popular music studies at University College Cork, National University of Ireland.  He has served on the faculties of music at the University of Cambridge and the University of California, Berkeley, where he also served as UC Chancellor’s Public Scholar.  Rollefson’s research has been recognized by the AMS, Volkswagen Stiftung, British Academy, DAAD, ACLS, and European Commission and is published in Black Music Research Journal, American Music, Popular Music and Society,inthe edited volumes Crosscurrents: European and American Music in Interaction, Hip Hop in Europe, Native Tongues: An African Hip Hop Reader, The Oxford Handbook of Hip Hop Studies, and elsewhere.  Of his book, Flip The Script: European Hip Hop and the Politics of Postcoloniality (University of Chicago Press, 2017), Paul Gilroy writes: “detailed, innovative, and exhilarating… At last we have a critical survey that can match the complexity and power of the music.”