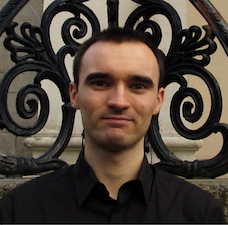 Cathal Twomey completed a Bachelor of Music degree at Maynooth University in 2015, graduating with first class honours and a prize for first place in BMus Degree Examinations for that year. Cathal has a keen interest in early music, encompassing a wide range of topics from the twelfth to the eighteenth centuries, including historically informed pronunciation and period music theory, although with a primary focus on musico-linguistics and word-setting.

Cathal’s MA dissertation, a musico-linguistic analysis of William Boyce’s word-setting methods in Solomon, was completed in 2016, and received the inaugural Alison Dunlop Graduate Prize in 2018. Active as a teacher, arranger, and performer, Cathal conducts the Maynooth University Early Music Vocal Ensemble, and recently submitted a PhD thesis on the English-language works of George Frideric Handel, funded by the Hume Doctoral Fellowship, under the supervision of Dr Estelle Murphy.

‘“To Catch the Song”: Word-Setting, Creative Collaboration, and the Reader-Listener in Handel’s English-Language Works’

George Frideric Handel’s English-language works were immensely popular with the eighteenth-century public, and many remain staples of concert repertoire today. Important research exists on the philosophical import of the texts for these works, and on the oratorio-listener as reader, but it focusses on a small part of the composer’s English output, while musico-linguistic analysts have neglected eighteenth-century English music in general. Addressing these understudied areas, the aim of this thesis is two-fold. First, to apply recent models of musico-linguistic analysis to Handel’s English output as a whole, in combination with aesthetic commentary of the period. Secondly, to investigate the dissemination of these libretti as wordbooks without music, published copies independent of musical scores, and other sources offering the text a potential for appreciation parallel to (or separate from) music.

When writing texts for Handel, what decisions did poets make regarding verse form, rhyme scheme, and metre? What input did the composer have in this process? How did his music reflect the formal nuances of the finished libretto? Musico-linguistic analysis offers new perspectives on such issues, illuminating the deeply collaborative nature of these works. Furthermore, while Handel’s English word-setting is often criticised for unidiomatic prosody, I explore counterintuitive stressing as a fruitful tension between musical and verbal communication. Handel’s librettists are frequently dismissed as mediocre poets, merely providing frameworks for music. I argue that audiences’ engagement with the published texts of Handel’s English works formed a more integral part of their musical experience than has previously been acknowledged. Through the concept of reader-listenership, I explore the literate nature of eighteenth-century music-consumption, including the reading of a libretto before and during its performance, of stage directions for a music-drama always indented to be unstaged, and of a poetic text whose formal and semantic implications could conflict with those realized in performance. 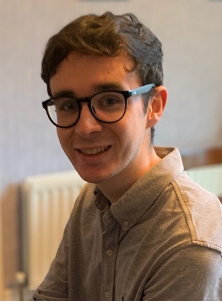 Conor is currently working on his PhD in Musicology under the supervision of Prof. Christopher Morris. His thesis investigates the links between the American and heroic idioms in the popular film scores of John Williams. He has completed both a BMus (First Class Honours) and Masters in Musicology at Maynooth. His undergraduate dissertation “Williams and Wagner: The Leitmotif from Valhalla to a Galaxy Far, Far Away”, and Master’s thesis “Building a Past: Music and Nostalgia in the Star Wars sequels” investigated the use of leitmotif and musical nostalgia in John Williams’s Star Wars scores. As well as musicological research Conor teaches piano both privately and at the Lucan School of Music, and has received a Gold Medal for his Advanced Recital Certificate from the Royal Irish Academy of Music.

Conor’s research focusses on the heroic idiom in the popular film scores of John Williams. Through tracing the development of the heroic and militaristic topics in Western art music, and the development of American art music in the early twentieth century, his thesis investigates the universalisation of an American-heroic idiom in Hollywood. The sound of Williams’s music is widely-recognized as adapting and borrowing the popular codes and styles of classical Hollywood, and late European romanticism. Less acknowledged, is the extent to which Williams continues the legacy of his American forebears – namely Aaron Copland. The wide-open sonorities of Copland’s self-imposed simplicity style have been associated with images of the American prairie since his popular ballets of the 1940s, and Hollywood westerns of the 1950s; and his famous Fanfare for the Common Man is an obvious influence on many similar works in cinema. By foregrounding the influence of Copland’s style on Williams, this research demonstrates that the music of Hollywood heroes is associated with the trappings of American ideologies of heroism.
Williams has scored many of cinemas most recognised heroes (Indiana Jones, Luke Skywalker, Superman, Harry Potter) as well as numerous American icons (Lincoln, JFK, and soldiers of World War 2 and Vietnam) both of which are narratively treated as idealised saviours. By examining these popular themes the gendered and nationalist facets of Williams’s style will be established, and shown to echo both the latent beliefs of his European and American antecedents, and Hollywood’s troubled relationship with gender and racial equality. Given Williams’s position as one of the most preeminent film composers, his influence on his successors, and the persistent presence of his themes in contemporary film culture, these biased musical idioms have proliferated to the point where they have become the accepted norm of film music. Through a look at music semantics, style topics, historical trends, and case studies of popular film scores, this issue, and its effect on the audience’s perspective, will be investigated.

Conor has led tutorials on introductions to classical music, lectured on post-classical Hollywood scoring practices, and tutors over 40 piano students. 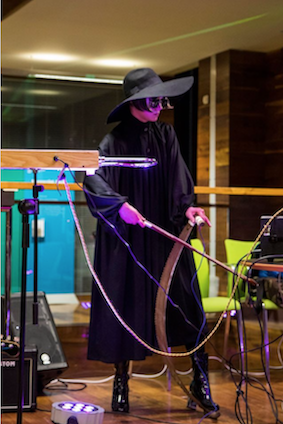 Shauna Louise Caffrey (she/her, sí/í) is an Irish Research Council Postgraduate Scholar at the department of Music, Maynooth University. Her PhD project, ‘Wayward Sisters: Witchcraft, Music and Magic on the Seventeenth-Century Stage’, explores the origins and impact of onstage sorceresses in Early Modern theatrical traditions, with a focus on the operatic stage. Inspired by her lifelong passion for folklore and mythology, her research seeks to explore the intersections of oral and literate cultures in Early Modern Europe, and to interrogate the ideologies transmitted through operatic archetypes.

She graduated with first class honours in both her B.A. (Trinity College, Dublin) and M.A. Music and Cultural History (University College Cork), and was awarded the Mahaffy Memorial Prize for her research into the origins and appearance of witchcraft in Henry Purcell’s Dido and Aeneas in 2017, and the Society for Musicology in Ireland’s 2019 Alison Dunlop Postgraduate Prize. Shauna is a founding member of experimental music collective Analog On, with whom she has performed throughout Ireland and in the U.S.A. She is also a performance artist and dancer, and received the title Mx Horror 2020 for her performances at Ireland's Women in Horror Festival.

'Wayward Sisters': Witchcraft, Music and Magic on the Seventeenth-Century Stage

The witch has long been a subject of fascination for artists and audience members alike. Revered, feared, and the alternating subject of love or loathing, the witch has evolved from a seemingly omnipresent figure in world folklore, to the subject of musical, theatrical, and—in the last century—cinematic works. Manifesting in myriad guises and under numerous titles, today the witch presents ever more artistic potential, as the history of witchcraft is re-examined, the plight of the accused reinterrogated, leaving notions of cackling, broom-wielding spell-smiths cast aside. Witches have become the heroes and heroines of the postmodern age; the subject of children’s books, comedy shows, and advertising campaigns, the apprehension with which the subject of witchcraft was treated in the 16th and 17th centuries has largely dissolved. But what of these origins? What of the cackling, malevolent weavers of magic that inspired such terror and chaos on the Early Modern and Baroque stage, of the women and men whose trials have burned such a pregnant image into the Western psyche, and of the cultures that birthed them? The development of opera in the Baroque period saw the integration of the witch from folklore, drama and literature into the emerging genre. While sorceresses such as Armide and Medea terrorized the European stage, Britain experienced witchcraft of a different sort in Henry Purcell’s Dido and Aeneas, and countless masques and anti-masques. This project seeks to examine these witches and their magic on the seventeenth-century stage, to
provide a cultural history of their origins, and to analyse their appearances. By shedding light on the witches' first significant foray into popular culture, this project will illuminate their prominent place in the modern psyche, as an alternating subject of fear and passion, and in their recent emergence as a feminist icon.

‘Fear and Sensuality in New England: The Music of The Witch’,Folk Horror in the 21st Century, Falmouth University, September 2019.

‘She frights and frayes’: The Literary Origins of the Sorceress in Henry Purcell’s Dido and Aeneas’, Staging Witches: Gender, Power, and Alterity in Music AMS San Antonio Pre-Conference, October 2018.

Society for Musicology in Ireland 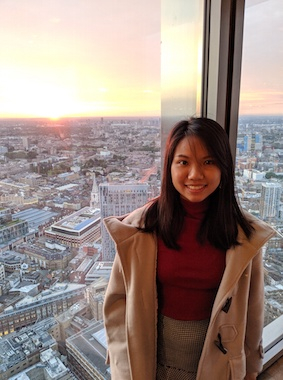 Hui Han Lui is a PhD in Music (Performance) student working under the supervision of Dr Antonio Cascelli and Dr Alison Hood.

Prior to pursuing her PhD, she has completed a Bachelor of Music (Performance) from University Putra Malaysia and MA in Performance and Musicology from Maynooth University, both with first class honours. She has an interest in performance studies and focused on researching body movements and gestures in piano performance during her MA studies. She completed a thesis titled Formalizing Body Movements and Gestures in Piano Solo Work: Estampes by Debussy during her MA studies.

As a pianist, her achievements include obtaining a Licentiate of Trinity College London (LTCL), being selected as one of the scholarship recipients of the YAMAHA Scholarship Program 2017, as well as one of the finalists at the First International Aswara Piano and Vocal Competition.

Evolution of Body Movements and Gestures in Piano Playing from Classical to 20th century.

In recent years, body movements and gestures in a performance have been increasingly studied and is often seen as a tool to convey expressions, emotions, musical structure or phrasing of the music. Nonetheless, little research has been conducted on the evolution and transformation of body movements over time. The changes in body movements of a pianist were mainly affected by techniques and postures passed from master to student, as well as in response to newly composed piano pieces and choices of instrumentation at the time. The differences in techniques and postures directly influence the body movements and gestures of a performance which could have a further effect on the sound as well.

This study aims to determine the evolution of body movements by examining piano techniques and playing approaches from the Classical period, Romantic period and 20th century. It also aims to investigate how physical approaches such as techniques, postures and pieces of each period affect the body movements of a pianist. To achieve these aims, theoretical research of the literature and treatises, performer-based methods and third person analysis using technologies such as machine learning will be adopted in this study.