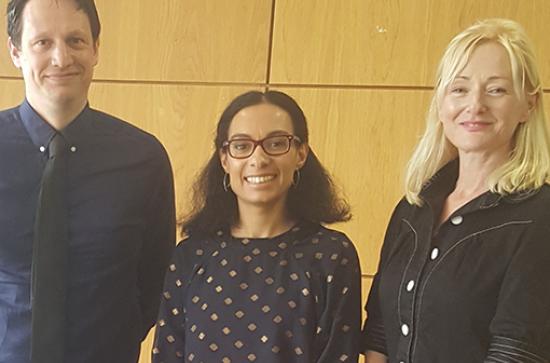 A Landmark in International Law: The Creation of the Permanent Court of International Justice and its Legacy – an Analysis of the Development of the Doctrine of Universal Jurisdiction and its Contemporary Use and Potential

The Commemorations Fund kindly support a Seminar organised by Dr Noelle Higgins from the Department of Law on 29th April 2019, recalling the creation of the landmark international court, the Permanent Court of International of Justice, and analysing its legacy in the realm of the doctrine of universal jurisdiction.  The speakers were Dr Mark Chadwick from Nottingham Law School, Nottingham Trent University, Dr Amina Adanan, Lecturer in the Department of Law, and Ms Jean Molloy, who is currently undertaking a PhD programme in the Department under the supervision of Dr Noelle Higgins. Dr Higgins also facilitated the event.
The Permanent Court of International Justice

Dr Mark Chadwick
Dr Mark Chadwick is a lecturer at Nottingham Law School, at Nottingham Trent University, where he teaches in the fields of International Criminal law, EU Law and Comparative Law, and where he is also a member of the Centre for Rights and Justice. Mark has worked as with the University of Nottingham’s Human Rights Law Centre, the International Criminal Court and the International Bar Association.
Mark’s research focuses on issues in international criminal justice. He has a particular interest in the processes by which States claim jurisdiction over suspected perpetrators of international crime, including via the notion of “universal jurisdiction”. Mark published a monograph, Piracy and the Origins of Universal Jurisdiction: On Stranger Tides, in January 2019 with Brill.

Ms Jean Molloy
Jean is currently a PhD student in the Department, and her research focuses on Sovereignty, Self-Determination and ISIS. Jean undertook her degree at the University of Melbourne in Criminology and Anthropology, and she also has obtained a masters in Criminology from DCU. Jean is also a recent graduate of the Department’s LLM in International Justice, and she has worked on a number of projects in the field of international justice, including the Scholars at Risk Clinic. She also lectures and tutors in the Department of Law.