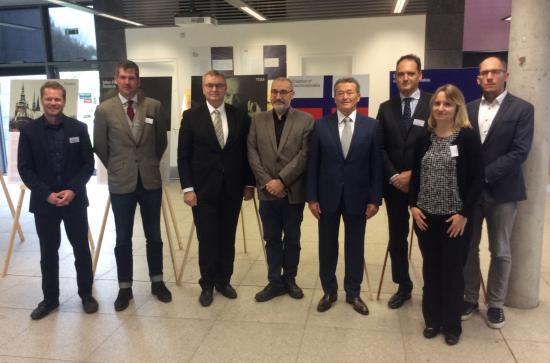 The Armistice of 1918 and the subsequent re-organisation of East-Central Europe into a region of nation-states is an historical moment hardly less revolutionary than the events in Russia the preceding year. In the centennial year of these important transformations, we propose a workshop that re-visits 1918. A series of panel sessions will discuss different perspectives and approaches for understanding the important changes that took place in the region at this time, focussing especially on transnational connections, structural and historical continuities, and marginal voices that have been fully or partially concealed by the emphasis on a national tabula rasa in 1918. We contend that 1918 is an ambiguous and contradictory pivot, one which created an ‘Old-New Europe’ caught between the forces of the imperial past and those of the national future.

The exhibiton marked the establishment of Czechoslovkia in 1918 and the Soviet Invasionin 1968, both of which are being commemorated this year

The ambassadors’ visit and the exhibition was tied in to a one-day workshop held at Maynooth University, entitled ‘1918 and the Old-New Europe’, funded by the Decades of Commemoration fund, the History Department at Maynooth, the Maynooth Centre for European and Eurasian Studies, and the Embassies of Slovakia and the Czech Republic).