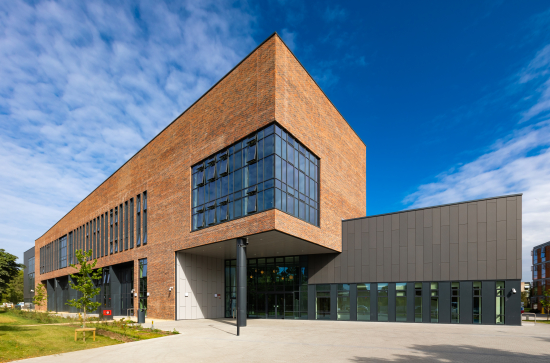 On Thursday, 1st September 2022, Maynooth University President, Professor Eeva Leinonen joined colleagues, students and guests in welcoming An Taoiseach Micheál Martin to campus for the official opening of the university's newest state-of-the-art academic building - the Technology, Society and Innovation (TSI) Building, new home to our Sociology Department and Centre for the Study of Politics.

The day also saw the celebration of the 25th anniversary of the signing of the Universities Act 1997 - signifying the commencement of Maynooth University as an independent university.

Staff and students from the Sociology Department were thrilled to take part in the celebrations. Below are some snapshots of the day and a video which features some of our colleagues: 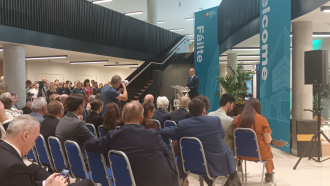 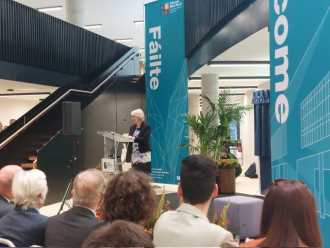 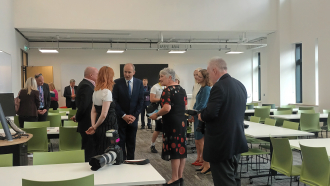 Our Head Department Professor, Mary Murphy welcoming An Taoiseach Micheál Martin to the 2nd floor of the TSI Building - new home to our Sociology Department and Centre for the Study of Politics 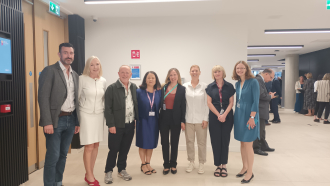 Some of our excellent academic team at the TSI launch 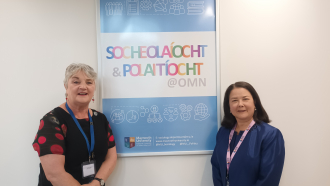 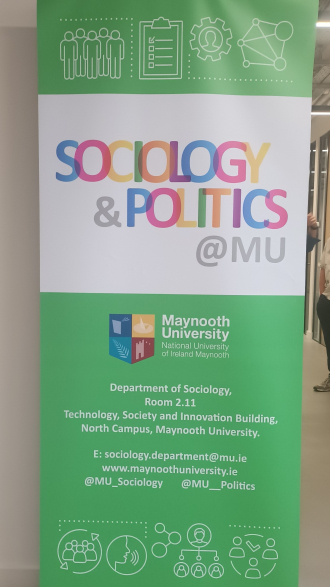 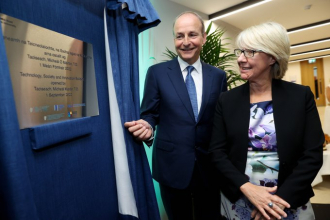 The joint unveiling of the TSI opening plaque by An Taoiseach Micheál Martin and Maynooth University President, Professor Eeva Leinonen 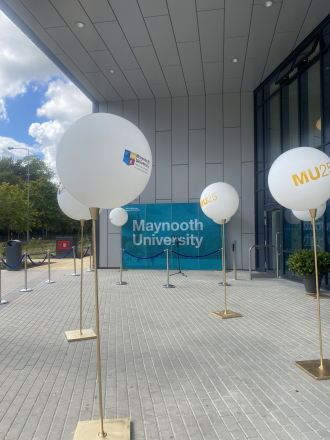