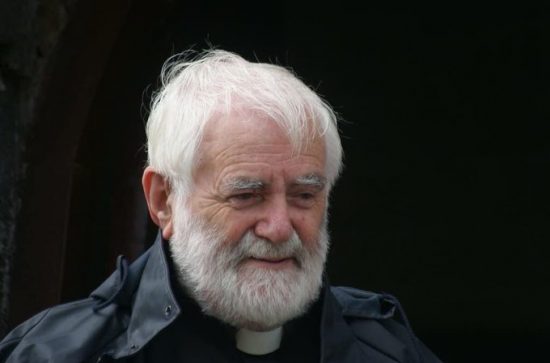 It is with great sadness that staff in the Department of Sociology at Maynooth University learned of the death of Fr Micheál Mac Gréil, a leading member of the Department from 1971 to 1996. A pioneering advocate of empirical social science research, among his great legacies were three surveys of prejudice and tolerance in Ireland in 1978, 1996 and 2012.  The first, published as the award-winning book Prejudice And Tolerance in Ireland in 1978, was a seminal contribution demonstrating his own life-long values of tolerance, his commitment to minorities, and his passionate campaigning for social justice - values that remain at the core of sociological scholarship at Maynooth University.

"It is ironic that on the day he died, anti-immigration protests contested the very values he spent his life promoting.  His work remains as relevant as ever.  His life demonstrates to academics and others the need to campaign and actively support minorities who face oppression", said the Head of the Sociology Department at Maynooth University, Professor Mary Murphy.

Staff in the Department recall working with, hearing about and reading so much of Mícheál. Many enjoyed working with him up to his 2012 follow up study of attitudes in Ireland. That work reflected his passions for sociological understanding, empirical social research and pushing Irish society towards a better version of itself. Many benefited from the opportunity to experience Mícheál in action – he was never alone but always in the company of students, colleagues or passers-by who he had drawn into his projects or simply into a chat.

We send our condolences and our gratitude for all he has done to his family and friends.