Would you meet a person who committed a crime against you? 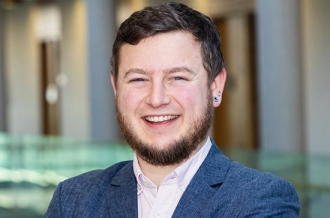 Would you meet a person who committed a crime against you?
Restorative justice benefits victims, offenders and communities and must be available to everyone, writes Dr Ian Marder, Department of Law.

Restorative justice involves enabling victims and perpetrators of crime to speak to each other, if they want to do so. The process is simple: if someone admits responsibility for a crime and their victim is identified, they can both be asked if they wish either to meet, or to communicate indirectly.

If they agree to speak, the victim can express how they were affected and ask questions to which only the perpetrator has an answer. Why did you do it? Was I targeted? Do you realise how it affected my family? What’s next for you? This gives victims a voice and perpetrators a chance to understand the harm done, and to reflect, apologise and make amends.

A trained facilitator – typically, a Garda, probation officer or mediator – prepares each party and facilitates the meeting to ask questions and ensure that everyone is safe. Both parties may bring a support person, such as a family member, and relevant community members may be invited. The goal is to involve those most affected by crime in finding ways to address and repair harm, and prevent it from happening again.

For many, restorative justice is counterintuitive. Working in this field, you always hear the same questions. Do victims really want to do that? Are perpetrators actually remorseful? Can speaking to each other help victims move on, or reduce reoffending?

The evidence implies that the answer to these questions is 'yes'. Studies indicate strong victim satisfaction with restorative justice and its potential to reduce post-traumatic stress symptoms, and rigorous research suggests that restorative justice can reduce reoffending, even among those who commit serious offences. If you find this difficult to believe, listen to those who have been through the process: from cases of rape, child sexual abuse and manslaughter, to serious assaults and burglaries participating in restorative justice can be life changing for victims and offenders alike. Its benefits are particularly important as imprisonment fails to reduce reoffending and the traditional justice process can hinder victims' recovery from crime.

Some countries have integrated restorative justice into their criminal justice system. For example, national restorative services in Finland and Norway and regional services in Belgium can receive referrals involving any offence, at any point in the justice process. New Zealand offers restorative justice to all victims and offenders in between conviction and sentencing and a similar system exists with Northern Irish youth justice. In 2018, a new European legal framework asked governments to make restorative justice services available, nationwide, for all types of crime.

However, Ireland lags somewhat behind. Restorative justice has been used here on a small scale for many years. Our recent research, which is funded by the Department of Justice and conducted in collaboration with dozens of stakeholders, found that only around 850 cases involved restorative justice in 2019, with victims participating in approximately 140 of these. In the remaining cases, perpetrators underwent the restorative justice process with their families, and/or with other professionals and community members who worked with them to address and repair the harm and prevent a reoccurrence.

We know that take up of restorative justice is high when offered sensitively. An evaluation of restorative youth justice work by gardaí found that victims participated in 73% of cases, and that victim and offender satisfaction stood at 93% and 94%, respectively, while offenders complied with their agreements in 89% of cases. More recently, a large Irish study found widespread appetite for restorative justice among sexual violence victims. This gained traction in 2018 when The Meeting, a film portraying restorative justice in a real rape case, was released in Irish cinemas. Yet, our data show that restorative justice services are patchy and suggest that it is only offered to people in a tiny percentage of the cases where it might help.