Why methane matters so much in climate change planning 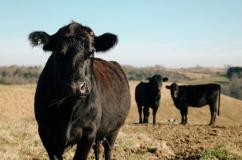 The climate is changing. Our historical emissions of various heat-trapping gases are responsible and the choices before us will determine not just our own futures but the futures of generations yet to come. As the recently published IPCC Special Report of 1.5C makes clear: every action matters, every bit of warming matters, every year matters and every choice matters.

Like all countries, Ireland has choices to make in how to address the challenges and opportunities of climate change. It is absolutely critical that those choices be made in the context of correct and complete information if we are to make no-regrets decisions.

Unfortunately, there exists a growing national narrative that is serving to downplay the potential role of methane emissions reductions based upon incomplete communication of the role and import of this greenhouse gas. Given the relatively large proportion of national emissions arising from methane, it is important to correct the record.

Unfortunately, the story of methane is about far more than its lifetime. Methane is a part of the natural global carbon cycle. Prior to the industrial revolution, it was varying at concentrations around 600 parts per billion. Today, the concentrations stand at almost three times that and rising. Human interference arises from a mixture of land-use, agriculture (ruminants and rice) and fossil fuel extraction and combustion. It is beyond doubt that it is this human interference that lies behind the observed rise in concentrations.

Methane matters in the climate system because it is one of a number of trace gases that act to trap outgoing radiation leading to an overall warming of the climate system. Methane also matters for other reasons to do with air quality and human health which we don’t have time to go into here. Suffice to note that reducing methane emissions would have significant co-benefits beyond the climate impact.

Not all heat-trapping gases are equal. Methane has long been known to be a much more powerful greenhouse per kilogram of emission compared to carbon dioxide. Despite having a lifetime of just over a decade, its warming potential on a century timescale is quantified to be over 20 times that of Carbon Dioxide which remains in the atmosphere for centuries to millenia. This factor depends on the timescale and impact being considered, but in all cases methane harms climate more than an equivalent emission of carbon dioxide. Furthermore, roughly 90% of methane gets removed from the atmosphere through conversion to carbon dioxide so it still has a climate impact after "removal".

Since the 2013 IPCC report, a couple of important results have arisen regarding methane’s effects. Firstly, a recent reassessment of the radiative effects has highlighted that the climate impact has been underestimated by around 25%. Secondly, using direct high-quality measurements at the US Department of Energy’s Atmospheric Radiation Measurement site in Oklahoma the radiative effect has been directly verified. These developments increase our confidence that methane emissions have added around 0.3 degrees Celsius of global warming, second only to the historical warming from carbon dioxide.

Finally, to return to the decadal versus centennial scale view. We stand today at 1 degree Celsius above 1850 levels. Even in that 1 degree warmer world, we already see the impacts in Storm Desmond, the Donegal flash floods and the 2018 summer heatwave. The Paris agreement talks to efforts to keep warming below 2 degrees and aiming to maintain below 1.5 degrees. Given the proximity to these targets and the high radiative impact of methane, not aggressively cutting methane emissions makes the task substantively harder. 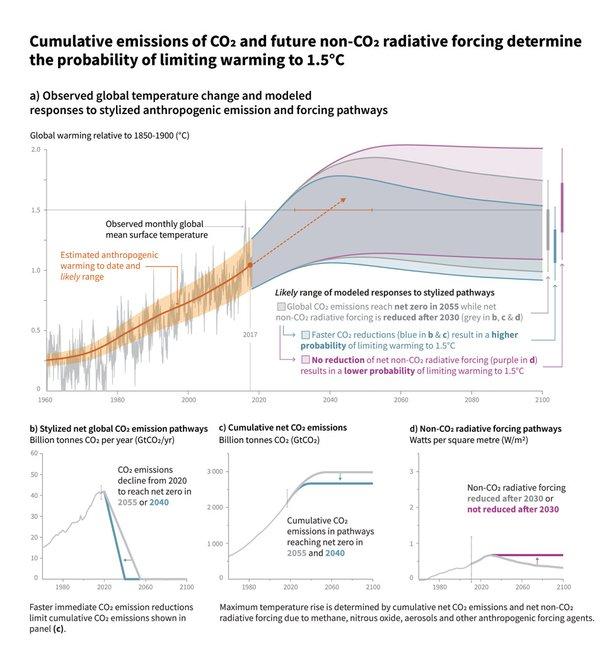 From the IPCC Special report on 1.5C. The purple shaded area in the top panel illustrates how much harder attaining a 1.5C target would be without aggressively addressing short-lived forcers such as Methane. It would require even deeper and faster reductions in greenhouse gas emissions impacting all sectors and society

To attain either target means making stringent efforts to address not just carbon dioxide emissions but also those of shorter lived gases such as methane. Despite what some may say, if we are to be serious about addressing the climate change mitigation challenge, methane can and should be treated differently. It cannot get a pass.