What Parasite tells us about life in modern Korea The Oscar-winning film may investigate Korean society, but it also says much about current international social issues, writes Dr Rebecca Chiyoko King-O'Riain of the Department of Sociology

From the small screen of Netflix, who just signed a 40-drama deal with Korean drama producers, to the big screen of the academy awards, Korean screen cultures are making serious headway into Western markets at present. Leading the way on the big screen this year is Bong Joon Ho's film Parasite. Having won the Palme d’Or award at the Cannes Film Festival and a Golden Globe, Parasite won four Academy Awards last night, including Best Director, Best Picture, Best Foreign Language Film and Best Original Screenplay – the first foreign language film to win best picture in the history of the Academy Awards.

The film itself defies genre classification as it follows the plight of struggling Ki Taek Kim (played by Kang Ho Song) and his semi-basement dwelling family, who are desperately trying to scam their way out of unemployment. Through social connections and the recommendation of a friend, adult son, Ki Woo Kim (played by Woo Shik Choi), takes up tutoring the teenage daughter of the ultra-wealthy and glamorous Park family.

Soon after, his sister, mother and father finagle their way into the wealthy household as the art therapist, housekeeper and chauffer/personal valet to help serve the lord and lady of the house and their increasingly wild children. The valuing of social connections over credentials leaves the rich family open to exploitation and it seems at the outset that is where the film will lead viewers.

The first half of the film reads as a fairly standard critique of the wealthy upper classes in Korea who have more money than sense. They are easily and naively taken in by the interestingly intact family who moves in on them to take advantage.

However, it is here where the film takes a bizarre and macabre twist, which I honestly did not see coming and which in large part explains its impact on the international film world. Without giving away too much about the plot, clashes between "old" and "new" Korea, the upper classes and those who work for them, and the outward culture of Korea and its underworld manifest themselves with increasingly violent consequences.

The strength of the film is probably best understood in terms of its connection to politics, capitalism and popular culture in South Korea. Director Bong himself must be experiencing the film’s success as a massive win over adversity. Along with over 9,000 others working in the arts in 2015, he was blacklisted and banned from all state funding and support for criticizing former President Geun Hye Park. As many will remember, Park was impeached in 2017 and is currently serving a 24-year prison sentence for crimes committed including abuse of power and coercion for planning and executing the black list. 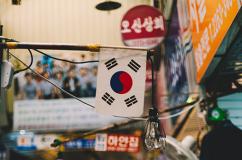 Irish people will be interested in the film as it draws on many of the historical and cultural parallels between Ireland and Korea. South Korea is often referred to as the "Ireland" of Asia. It has historically had issues with troubled neighbours to the north, a former colonial presence across the sea to their east (Japan), rapid social and economic change (including an economic crisis and a visit from the International Monetary Fund), a free market economy and a strong relationship historically with the United States.

Korea and Ireland then find themselves with many cultural and historical similarities. When the chaebol system (wealthy family owned corporations) concentrated wealth in Korea, the democracy movement never really brought the ultra-rich in Korea to task. Likewise, the gap between the ultra-rich in Ireland and those who are struggling economically does not seem to be closing anytime soon.

In these respects, the appeal of Parasite is that it combines classic movie-making with many of the major political and social themes of the day. The reality is that life is hard and getting harder for many in Ireland and beyond. Like those struggling in Parasite, many are finding it difficult to conceal the jealousy, rage and resentment that this can create. As they gaze longingly at the beautiful house on the hill they think "someday, this will be mine" (interestingly in the Korean film Parasite dreamed of to provide for parents, not future children). It is the Korean version of the mythical Irish warning tale of "I will spit in their soup to get back at them and they will never know."

Parasite is set in the modern capitalist moment where many feel the world may be teetering on the edge economically, politically, and socially. Within this context, we may all be parasites with the need to live under, on and with others in order to survive. It's a distinctively Korean film that investigates Korean society, but also speaks to the international social issues of the day.