What does climate change mean for Irish rivers? 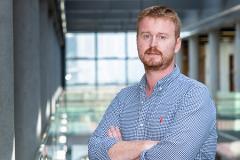 What does climate change mean for Irish rivers?

Water is central to a sustainable and resilient environment, economy and society. We rely on rivers to supply water resources to households, businesses, and industry; for recreation and tourism, and to support freshwater ecosystems. Our rivers also play a critical role in diluting and transporting effluent from agriculture and urban centres.

When we have too much water, especially in winter, rivers flood causing hazards clearly visible through events like Storm Desmond in 2015. When we have too little, river discharge drops, and water supply, water quality, and ecosystem health become problematic – challenges all too clear during the summer of 2018.

National climate policy in Ireland aims to achieve a climate-resilient and environmentally sustainable economy by 2050. Central to this will be understanding and responding to the impacts of climate change on our rivers. Climate change will increase temperatures and as a result losses of water from evapotranspiration. Climate change is also expected to modify rainfall patterns.

For effective planning, it is critical to understand what these changes mean for river flows and the challenges that may be presented by climate change. This is particularly so given current pressures on water quality and water resources in Ireland. The Environmental Protection Agency highlight that 43% of our rivers do not achieve ecological status targets due to declining water quality.

Moreover, lack of investment in water infrastructure, growing demand, and continued high leakage rates mean that water supplies in many parts of the country operate close to capacity. Such a starting point means that even modest impacts on our rivers from climate change may have large consequences.

To better understand what climate change means for river flows we recently completed an extensive study funded by the EPA. We took simulated changes in precipitation and evapotranspiration for 37 rivers across Ireland from 12 state of the art global climate models. These are the same models that informed the latest Intergovernmental Panel on Climate Change reports. These models give us insight into how key inputs to the hydrological cycle may change under different levels of greenhouse gas emissions in the future.

Next, we used these simulations to run hydrological models that represent how river flows are generated to produce estimates of flows from 1976 all the way to the end of this century. We evaluated changes in seasonal and low flows for different future time periods; early century (2020s); mid-century (2050s) and late century (2080s).

Our results indicate that substantial changes in river flows are likely to occur that would challenge water management without concerted efforts to both reduce greenhouse gas emissions and adapt water management practices to changing conditions. Increases in winter flows and decreases in summer flows are likely as the century progresses, with changes being more severe for higher greenhouse gas emissions.

Importantly, our results suggest that deep cuts in greenhouse gas emissions globally will be key to moderating the worst impacts of climate change on Irish rivers. If the world is successful at realising the goals of the Paris Agreement and keeping global temperature change to no more than 2 degrees Celsius above preindustrial levels, there are likely to be significant avoided impacts on Irish rivers and water resources.

This is particularly the case for summer and low flows. For low flows under a sustainable future scenario, the average reduction across rivers is likely to be within 5% (up to about 20% for some rivers). This is a much different proposition than outlined for a world that breaches the Paris targets, but would still require careful adaptation to ensure sustainable use of water resources.

But the chances of achieving the Paris targets grow smaller the longer we delay ambitious reductions in greenhouse gas emissions. Some studies suggest only a 5% chance of maintaining the global temperature within 2 degrees this century based on current trends, rising to 26% of all commitments to the Paris Agreement are met. Given the importance of our water resources, it is critical that we do not place our eggs in one basket, but plan to ensure resilience to a range of plausible futures, including more pessimistic scenarios.

It is also important to remember that climate change will not happen in a vacuum. Concurrent with the unfolding impacts of climate change, we are certain to see increased pressure on our rivers and water resources through population growth, and increasing demand (warming temperatures are also likely to increase human demand for water) from households, agriculture, and industry.

Studies such as ours help to visualise what the future may hold for a critical resource, but it is critical that such insights are used to inform planning and adaptation to climate change to ensure we realise that ambition of a climate resilient Ireland. How we succeed in managing our rivers and water resources will be central to determining the success of that ambition.

This research was undertaken as part of the EPA funded project 2018-CCRP-MS.51: HydroPredict—Ensemble Riverflow Scenarios for Climate Change Adaptation