What COVID-19 tells us about technology and human behaviour 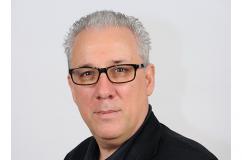 We are witnessing some smart thinking during the current crisis when it comes to technology, but will such flexibility continue afterwards?, writes David Cowan Associate Lecturer in Law at Maynooth University.

The coronavirus crisis reflects a dichotomy of the human condition, one which we have long been aware of. Charles Dickens summed it up nicely in his 1859 novel A Tale of Two Cities: "it was the best of times, it was the worst of times, it was the age of wisdom." We have so much technology, yet still we wage battle with the forces of nature and human behaviour.

Stories of hard-working nurses, doctors and the people still at work to keep society moving stand in stark contrast to the pictures of supermarkets looking like the zombie apocalypse and people crowding in parks and on beaches rather than staying at home. To continue with Dickens, "it was the age of foolishness, it was the epoch of belief, it was the epoch of incredulity."

Our societies are globally divided: rich and poor, urban and rural, the technologically advanced and deprived, socially-minded and libertarian. In this particular moment of history, amidst the fourth industrial revolution, we are faced with an existential crisis that may finally force us to change and reengineer society rather than simply automate it.

The grand ideas of the "gig economy" and work/life balance are about to be tested like never before. Will people be able to work as flexibly as surveys suggest? A 2019 Amárach Research survey for Three Irelandrevealed that 59% of workers in Ireland claimed they would be more productive if they were able to work remotely or from home. Will they say the same when this crisis is over?

There is an opportunity to use technology to change our individual habits and how society operates, and we should take it. The present reality is that we have too much of a garbage in, garbage out economy. At both individual and societal level, our use of technology is less intelligent than it should be, while at the same time our expectations of what we think technology can do outstrips its capabilities.

If we look at the infrastructure of our society, there are 1.5 million people worldwide moving to cities every week in search of a better life. As a result, 54% of the global population lives in urban areas, with the United Nations estimating 60% by 2030, which is driving a move toward creating "smart cities". McKinsey Global Institute estimated that US$3.3 trillion must be spent annually through 2030 to support such expected global rates of demographic change and growth.

Cities cannot absorb this growth, but the idea of telecommuters, working where you want and environmentally sustainable ways of economising still fails to take hold. This crisis offers an opportunity to reimagine these questions, and perhaps find better answers. If we do not, technology will drive the divisions further. In Ireland and across the world, we may see a technological divide between smart cities as islands of connectivity and struggling rural communities who are set adrift.

Surely what we need to create is a smart society? To have a smart society means smart thinking. Consumer use of technology has been high on entertainment and distraction, but low on mature use of technology. In this crisis, we are witnessing some smart thinking such as manufacturers retooling production lines to make respirators, distillers turning out hand sanitising gel and people finding creative ways to live and work in a self-distancing and isolating environment. Will such flexibility continue after this crisis?

Rather than complaisant technology use, we should seize this moment to reengineer. If you automate dysfunction and poor processes, you end up with a faster automated mess, albeit a more efficient mess than before. We need a greater sense of urgency if we are to learn from this unprecedented global crisis. Albert Camus wrote in The Plague that being alive has always been an emergency, a truly inescapable "underlying condition." In the Bible, Luke 12:20 records a similar point of crisis, as does Nietzsche in his writing on the "eternal recurrence". In other words, we know this.

There is an opportunity to use technology to change our individual habits and how society operates, and we should take it

However, the problem is not technology per se, but human behaviour and how we manage innovation and change in society. The confrontational dialectic of past revolutions and economic cycles offer a poor blueprint for where we need to go. Leaders in society need to do two things. Learn to be collaborative across divides and disciplines, and to stop looking in the rearview mirror as they try to navigate our future.
If we are to learn anything from this crisis, it is that we are in need of a new social contract for the political management of a society produced by the fourth industrial revolution. If we fail in this then we will look back on this crisis, to conclude with the Dickens quote,  as "it was the season of Light, it was the season of Darkness, it was the spring of hope, it was the winter of despair, we had everything before us, we had nothing before us."