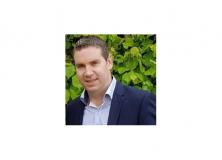 A sport once promoted by the gentry, 19th century hurling matches were action-packed on and off the pitch writes Dr Ciarán Reilly, a historian of 19th & 20th century Irish history at Maynooth University

"Away to the hurling! – Away, boys, away! The weeks work is over, own is this day- In strictness, ‘tis true, we should give it to heaven; But will not an innocent sport be forgiven?" ("Away to the Hurling! A song for the Poor", 1845).

About a month after the first signs of potato blight were reported in Ireland in 1845, the above song (or poem) was published in a Wexford newspaper, encouraging workers to shed their worries and to enjoy the game of hurling. The poem and other sources suggest that the game of hurling was widely played in pre-famine Ireland played albeit amid a multitude of social problems that beset the country.

Certainly, it had made great strides since the novelist Lady Morgan wrote in the novel, Florence McCarthy (1816) that "the hurling matches, that noble; athletic, and national spirt, are quite gone by". Morgan was referring to the days when hurling was promoted as a game suitable for the gentry, who were often the chief promoters of the game.

In 1763, the countess of Northumberland was entertained by a game of hurling at the Curragh in Kildare, which prompted the observation that "there being no other such game in any part of Europe which gave her excellency such satisfaction". However, hurling gatherings by this time had also been labelled as a front for the Whiteboys, an agrarian secret society who were formed to protest against a host of social issues and who were particularly strong in Tipperary.

Such connections were not helped by the ubiquitous violence which continued to mar the playing of the game. As the sports historian Paul Rouse contends, reports of hurling games only survived because of a tragedy which surrounded them or that they were reported in the course of a court case. The murder of a man named White at a hurling match in 1732 might well have been the first recorded death at such a game, but it remained a feature well into the 19th century.

In 1803 John Murphy, a land steward was "dreadfully beaten" at a hurling match at Chancellorstown in Tipperary, as was Patrick Morgan of Doonass in Clare the following September. That county was the scene of two deaths in 1817 and 1821 at hurling matches, while in 1824 a young boy who was a spectator at a game in the Burren died from injuries received during a melee. In 1836 a man named Feighery had his "skull broken" with a hurl during a game at Kinnitty in Offaly with the culprit Mulhall confined to Tullamore gaol. At Banagher, a player called Downey was violently assaulted by the Horan brothers who were armed with pitchforks and hurleys. A decade later during the Famine, Banagher was once more the scene of violence and "faction fighting" following a hurling game.

The two teams "laid on most unmercifully to the other, ending in a deadly strife" instead of "confining themselves to the ball"

Hurlers were often guilty of violence after a match had ended and they'd retired to a nearby hostelry or ‘shebeen’ where hurls were quickly assembled for other action. In 1819, after a match between Kilmuckridge and Blackwater in Wexford, about eight of the players were involved in the savage murder of a man named Murphy. Likewise, on St Patrick’s Day 1836, hurlers attacked the home of a Protestant following a game at Oakley Park, near Clareen in Offaly.

There were numerous attempts by the gentry and festival organisers to regularise the game. These games did not result in violence and were well attended. In 1828, Lord Clonbrock in Galway included a hurling match as part of his annual celebrations for estate workers, which was watched by over 150 tenants.  Matches was also organised at race meetings including at Fermoy and Killarney, where a crowd of several thousand watched a match between Glanerogians and Laune in July 1831.

Despite these efforts to regularise the sport, local magistrates tried to prevent the playing of hurling. In October 1825, the police were ordered to disperse a large gathering who met for "the purpose of hurling" at O’Brien’s Bridge in Clare. In 1829, 10 men "amusing themselves in the Phoenix Park on Sundays after Divine Service at the ancient and national exercise called hurling" were dispersed by the authorities. The magistrates believed that hurling was being used as a cover to incite agrarian unrest and, later, of course, opposition to tithes.

Undoubtedly, the greatest insight into pre-famine hurling stems from the opposition to the payment of tithes. This tax payable to the Established Church or Church of Ireland was long resented amongst people of all religious persuasions. Opposition gathered momentum in the early 1830s ,most notably in the south and south east of the country, which was also where most of the hurling was played. Under the pretence of assembling for a game of hurling, anti-tithe societies used these occasions to publically call on the local tithe proctor (the person who collected the tax) to reduce the payment or abandon it altogether.

In Kilkenny, players armed with hurleys had little interest in playing the game

The idea of assembling for hurling in this way was not a new one. As early as 1765, several thousand people assembled at a bog near Mooncoin in Kilkenny for sinister purposes. Kilkenny again formed the bulwark against tithes in the 1830s where players armed with hurleys had little interest in playing the game. The Kilkenny ‘hurling’ meetings were described as being ‘absurd’ and ‘mischievous’. In January 1831, ‘hurlers’ assembled at Callan, Knocktopher and Bennettsbridge, amongst other places. Likewise, in Wexford ‘hurling matches’ were organised, but tithe agitation took centre stage. In Gaultier in Waterford, it was claimed that "once or twice they threw the ball up in the air and had a sort of hurling match", but their motives lay elsewhere.

On the eve of the Famine, participation in hurling once more increased and, despite the onset of widespread hunger, games continued in Tipperary, Laois, Clare and Offaly during the late 1840s. The exploits of the hurlers at Clondallow, near Birr during the Famine were praised in local poetry. The ‘national and athletic exercise’ of hurling was also revived in Wexford where the men of Ballyvaloe and Castle Ellis regularly met in competition. However, violence continued to mar these games. In 1843, violence occured at a match in Clonaslee (Laois), while a number of people were maimed at a game in Cork between the men of Blackrock and Ballinora.

Hurling was "peculiarly popular among the peasantry of Kerry".

Despite such negative descriptions, the game of hurling survived the ravages of the Famine. In the early 1850s, there were reports of hurling matches at Birdhill and Nenagh in Tipperary. At the latter match on Rochford’s ‘lawn’, the two teams "laid on most unmercifully to the other, ending in a deadly strife" instead of "confining themselves to the ball". As the editor of The Nation newspaper argued, if "hurling meetings" were not prohibited, they would lead to "direful results".

Hurling was also carried by emigrants and brought to far distant shores. In Sydney, Famine emigrants from Tipperary and Limerick organised games, while hurling was played before large crowds at the Elysian Fields in Hoboken, New Jersey, the birthplace of baseball.

Judging by the names involved in a game in the 1850s, many of the players involved may well have been from Kerry, and perhaps part of the cohort of emigrants who were ‘assisted’ in emigration from the Lansdowne estate in Kenmare during the Famine. Ironically, back in Kenmare, hurling matches were organised by the infamous land agent, William Steuart Trench, to celebrate the end of the Crimean War in 1856. One game between the local team and Kilgarvan was played on the lawn at Lansdowne Lodge. Hurling, it was claimed, was "peculiarly popular among the peasantry of Kerry".
The formation of the GAA in 1884 brought a code of playing rules which quickly stamped out the violence which had previously being associated with the game. It paved the way for new contests and new local heroes to emerge. A century later, places like Banagher, which had been the hotbed of faction fighting hurlers in the 1840s, would became synonymous with all-stars such as Michael Duignan, Damian Martin, Hubert Rigney and others. Their achievements soon replaced the memories of epic and often violent hurling tussles of the pre-famine era which were lost to popular memory.