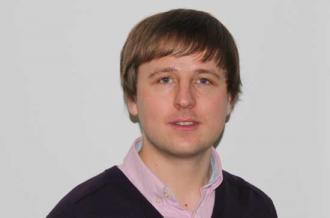 Those who live in Argentina's villas miseria are excluded from official maps, denied basic infrastructure and marginalised by society, writes Dr Alan Smyth in the School of Modern Languages, Literatures and Cultures

These labyrinths of humble shanties and dusty alleyways, known as villas miseria, are home to over two million people. They are excluded from official maps, denied basic infrastructure and marginalised by how Argentina’s European heritage is favoured over its indigenous one.

Villas have had a turbulent history. They first appeared after import substitution policies introduced in response to the Great Depression triggered urban growth.

In 1931, a group of Polish immigrants established an informal settlement in central Buenos Aires. The zone, dubbed "Villa of Unemployment", was quickly demolished by the state, but subsequent influxes from Latin American regions led to its resurgence.

Today known as Villa 31, the area is home to around 100,000 people who live in the shadows of the skyscrapers and luxury hotels of the upmarket district Puerto Madero.

Juan Perón's populist rhetoric secured a strong support base in villas during his initial decade in office. After he was ousted in 1955, a series of right-wing regimes tried to eradicate the settlements.

These efforts culminated violently during the so-called Dirty War (1976-1983) in which around 30,000 citizens were disappeared by Argentina’s last military dictatorship.

As villas were razed to the ground and a quarter of a million people were left homeless, the mayor Guillermo del Cioppo announced that only "the best people" deserved to live in cities.

During the neoliberal era initiated by President Carlos Menem in the 1990s, further eviction efforts led by the politician Jorge "Bulldozer" Domínguez were thwarted in Villa 31 by locals and priests supported by the archbishop Jorge Bergoglio (now Pope Francis).

After Menem's policies led to the collapse of Argentine banks in 2001, over half the population fell below the poverty line.

Villas expanded uncontrollably and cartoneros (waste pickers) began to emerge from the areas, lugging their heavy carts through cities in search of recyclables. Addiction escalated as the economy hit rock bottom and villas became synonymous with paco, a cheap by-product of cocaine.

Such problems persist today, yet they stand in stark contrast to the extraordinary artistic output of villas. Cumbia villera, a musical genre developed during the crisis, has become wildly popular across society. Actors, directors, murga marching bands, painters and writers from informal settlements have also enriched national culture.

The dictatorship's concept of "the best people" has been further shattered by Argentina’s most celebrated sporting figures. When reporters interviewed a kid from the poverty-stricken barrio Villa Fiorito in the 1970s, he declared his two objectives in life: to play in and win the World Cup.

Both dreams were realised in 1986 as the 26 year old Diego Maradona set the world alight with two of the most recognisable goals ever scored. His status as "player of the people" has since been assumed by Carlos Tevez, who hails from a zone nicknamed Fuerte Apache because of its violent reputation.

Other superstars including Juan Román Riquelme and Sergio Agüero also grew up in profoundly underprivileged barrios. The fact that these areas often produce great talent is not lost on César Luis Menotti.

The manager of Argentina’s World Cup champions of 1978 is currently overseeing the establishment of Club Villas Unidas, which is run by a network of coaches and social workers who nurture talented young players from villas.

Despite the cultural diversity of villas, their portrayals demonstrate an obsessive and perhaps voyeuristic focus on violent young men, broken families and addiction. Successive governments have relentlessly appropriated this narrative to demonise their opponents and romanticise themselves.

Perón's film censors ensured that chaotic villas were portrayed exclusively in flashbacks to pre-Peronist times. Transgressions were attributed to the absence of fathers, which symbolised a need for Perón as national patriarch.

When dictatorships demolished villas, they also "disappeared" the neighbourhoods from screens. Meanwhile, middle-class characters evoked the notion of the "undeserving poor" by attributing poverty to flawed moral values.

Post-crisis films including Paco (2009) focused on narcos in villas to emphasise the dehumanising nature of neoliberalism. The widely distributed transnational co-production Elefante blanco (2012) recalls the Brazilian blockbuster City of God (2002) and centres on priests caught up in a gang war in The Hidden City.

Villa-based directors such as César González have re-engaged with these stories. An ex-prisoner, González explores the impact of social exclusion in semi-autobiographical productions that, although philosophical, retain the conventional criminal context of the villa.
A minority of filmmakers have moved away from these themes to represent another side of poverty. Julieta Sans captures the unwavering resilience of a villa-based fashion designer in the award-winning documentary Guido Models (2015).

The sci-fi film El nexo (2014) calls for social inclusion by transposing Hollywood's alien invasion tropes to Villa 21, where locals lead humanity in a war of worlds.

Educational, health, transport and recreational facilities are being upgraded and soft credit programmes have allowed residents to take legal ownership of their homes.

Eradication seems to have finally been discounted as a viable solution to a century-old crisis. However, with Argentina’s economy wracked by inflation, the dream of assimilating the nation’s 2000 villas remains a distant reality.