How patents will affect pandemic vaccines and treatments 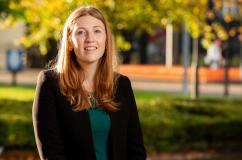 Patents can have significant consequences for healthcare, potentially hindering the provision of medicines, vaccines and diagnostic tests which Covid-19 starkly highlighted.
A patent is an intellectual property right which allows the patent-holder to stop others using the patented technology for the duration of patent grant (20 years) without their permission.
Ireland and other World Trade Organization (WTO) states are legally obliged to allow patents for all fields of technologies, including health-related technologies.

How can patents impact healthcare?

If a patent is granted for a medicine, the patent-holder controls who is permitted to use that patented medicine. This gives the patent-holder the potential to create a monopoly over the medicine, allowing them to charge high prices for it.   Access to affordable medicines poses particularly significant issues for developing countries, acutely demonstrated by the AIDS crisis in the 1990s.  However, access issues are also increasingly common in developed countries as shown by recent debates around access to Orkambi for cystic fibrosis. Patents also have implications beyond access, impacting how health-technologies are provided and by whom.
Given these implications, fears around how patents may affect healthcare provision for Covid-19 are arguably well-founded.  To alleviate concerns two main strategies are currently being used: (1) voluntary licensing agreements encouraging patent-holders to make patented health-technologies accessible; (2) clarifying national laws on compulsory licensing of patents to address access issues if they arise.

Some patent-holders have voluntarily agreed to license their technologies favourably or freely for Covid-19. In March 2020, AbbiVie's allowed its patent on Kaletra (an antiretroviral drug which initially offered promise for Covid-19) freely for use globally.
Such voluntary agreements with patent-holders should be encouraged. However, a shortcoming is that multiple agreements may be required for different medicines/technologies and across different countries.
Aside from agreements with individual patent-holders, collective patent pools are also being developed. In April 2020, the Open-Covid Pledge launched offering a platform facilitating intellectual property holders to voluntarily share/license technologies, on a temporary royalty-free basis for Covid-19.
In May 2020, the World Health Organisation (WHO) initiated a voluntary COVID-19 Technology Access Pool whose aims include sharing intellectual property for Covid-19 medicines/technologies, but this proposal has met with opposition including from the US and UK.
To date, 37 states have endorsed the WHO’s call for solidarity to realise equitable global access for Covid-19.
Arguably, the Irish government  should consider endorsing this initiative, particularly, as the World Health Assembly recently passed a resolution, initially proposed by the EU, which includes a commitment to developing existing voluntary pooling/licensing of patents for Covid-19.

A compulsory license is issued by the government which allows the patented technology to be used without the patent-holder’s permission. This is where the government permits a third party to make, for example, a similar medicine (generic) to the patented medicine for supply within that State.
Compulsory licenses are permissible under the WTO framework which allows States to issue compulsory licenses in emergency contexts without the patent-holders permission provided certain criteria are met.
They can also be granted in non-emergency contexts, provided attempts are first made to negotiate a license on reasonable terms with the patent-holder. However, national laws governing compulsory licensing differ and may contain obstacles.
Since Covid-19 began, some states have adopted measures making it easier to grant compulsory licenses. Under Irish law, compulsory licenses can be granted subject to certain conditions including that they can only be granted three years after patent grant, and where the product demand in Ireland is not being met or not met on reasonable terms.   This three-year requirement could pose an obstacle to the expedient grant of compulsory licenses and/or limit Ireland’s ability to use compulsory licenses as bargaining tools to negotiate favourable licenses in some contexts.
There are also obstacles to Ireland importing medicines manufactured under compulsory license in another country alongside the general compulsory licensing provision, section 77 of the Patents Act allows for the use of a patented invention in Ireland for service of the State without the patent-holder’s consent.   This allows patents to be used for purposes including: the maintenance of supplies and services essential to the life of the community and securing a sufficiency of supplies/services essential to community well-being.  This provision offers a potential avenue to obtain access to treatments for Covid-19 in Ireland if significant supply issues arose. The measure is likely to be used only in exceptional circumstances, although it is questionable what thresholds are needed and greater clarity on the provision would be welcome.

However, there are obstacles to Ireland using compulsory licensing to produce generic medicines due to European legal protections which make registration of generics difficult in some cases.  An eight year data exclusivity applies for new medicines in the EU and within this time generic producers cannot use the original data to support applications for generic medicine approval.  Furthermore, a generic medicine cannot be marketed until 10 years after the original medicine obtained authorisation (marketing exclusivity).  No EU exception to this data/marketing exclusivity currently applies, and this has deterred use of compulsory licensing for medicines within Europe previously.
There are also obstacles to Ireland importing medicines manufactured under compulsory license in another country.  This is because the EU voluntarily opted-out of the WTO framework allowing States to import products under compulsory licenses made elsewhere if the supply was not possible domestically. There are calls for EU governments to change this.

In short, patents can have significant implications for healthcare. To address concerns in this context for Covid-19, alongside supporting voluntary licensing developments, and reconsidering Irish laws to give compulsory licensing mechanisms greater clarity here, the effects of EU measures also need consideration.