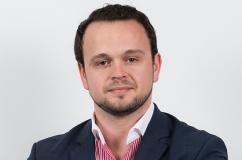 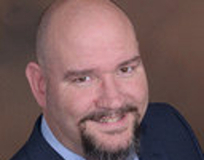 Narcissism is generally viewed as a negative characteristic. The idea of a leader who is self-centered and primarily looking out for their own interests is likely not at the top of employees' wish list. However, some studies have suggested that a certain type of narcissism, namely admiration-seeking narcissists – individuals who embody charismatic aspects of the narcissistic personality including grandiose fantasies and feelings of being unique or especially talented – could also potentially benefit organisations.

We chose to look at a particularly vital aspect of any organisation, namely corporate fundraising. This refers to funds raised from venture capital, seed or startup funding, government grant funding, and initial public offerings. Whether they are just starting out or have already grown over a few years, companies need to be able to raise funds to keep operations going and continue expanding and hiring. Interestingly, while prior studies have examined the relationship between leader narcissism and crowdfunding success, very little research has examined this relationship between narcissism and corporate fundraising.

Admiration-seeking, narcissistic leaders are likely to come across as very confident, charismatic, and uniquely talented so we would expect such leaders to be more successful in raising funds for their firms. Also, corporate fundraising success would allow narcissistic leaders to combine their interest in self-glorification with the organisational interest in the acquisition of funding for future growth.

To test this hypothesis, we developed and applied a machine-learning algorithm to infer organisational leaders' personality traits, including narcissism, based on linguistic and behavioral clues expressed on their Twitter profiles. In total, we examined a large sample of 2,377 organisational CEOs and entrepreneurial founders, combined with aggregated funding information for their organisations. Indeed, we found that admiration-seeking narcissistic leaders raise more funds, while rivalry-seeking narcissistic leaders raise fewer funds.