The 10 swing states that will decide the US presidential election

The 10 swing states that will decide the US presidential election

The results in these states in November will tell us if Donald Trump gets four more years or if Joe Biden is heading to the White House, writes Dr Adrian Kavanagh, Dept of Geography 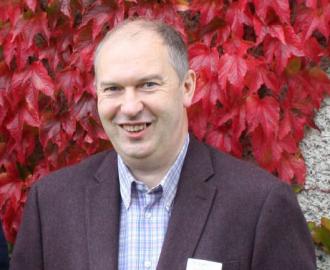 Given the increasingly polarised US political landscape of the late 1990s and 2000s - and with a number of "red states" and "blue states" being won by consistently large margins by Republicans and Democrats respectively - the contest for the presidential elections has increasingly boiled down to a handful of competitive swing, or purple, or battleground, states. This is usually reflected in candidates’ campaigning and campaign spend geographies in the run-up to the November election.

Only a relatively small proportion of the states would be classed as swing states. For instance, 37 of the 50 state races have been won consistently by the same party across the five presidential elections contested during the 2000s. The exceptions are southern states Nevada, New Mexico and Colorado; midwestern states Ohio, Iowa, Indiana, Wisconsin, Michigan and Pennsylvania; and east coast states New Hampshire, Virginia, North Carolina and Florida (as well as Maine Congressional District 2 and Nebraska Congressional District 2). With some exceptions (Indiana, for instance), the key swing states for November will largely be drawn from this list.

Votes obviously matter when it comes to determining who wins a presidential election contest, but where you win those votes is also important. As with Donald Trump in 2016, Barack Obama in 2012 and Bush in 2000, candidates with a more efficient geography of support – where votes are not "wasted" by large surpluses in your strong states and narrow losses in the swing/purple states – will be at an advantage in this electoral system.

But swing states are not set in stone. Major swing states may become states that are "safe" Republican or Democrat states over time, while solid red and blue states may move into the swing state category. Shifting demographics and the political realignment of certain regions or social or demographic groups can drive these changes.
The shifting demographics of the Sunbelt States in the southwest, resulting in higher numbers of Latina/Latino votes in these states, has led to New Mexico, Arizona and Texas, as well as California, becoming more Democrat-leaning in recent decades. Increasing numbers of college educated voters in certain states – in some cases driven by inward migration from "blue states" – has also resulted in some states, such as Colorado and Virginia, becoming more Democrat-leaning.

By contrast, Republicans have come to command higher support levels from white working class and rural voters over the same time period. States in the midwest, such as Ohio, Iowa and Minnesota, as well as the "Blue Wall" states of Wisconsin, Pennsylvania and Michigan, tilted strongly to the Republicans in the 2016, while some red states in the South, such as Kentucky, West Virginia and Tennessee, have become even more Republican-leaning.

Look at the winning margins for Republican and Democrat candidates in the 2004 (Bush and John Kerry) and 2016 (Trump and Hillary Clinton) elections in a number of states in Table 1 below. This shows increased support levels for Democrats in formerly red states such as Virginia and Georgia and increased support levels for Republicans in formerly blue states, such as Maine, or traditional swing states, such as Ohio and Iowa. But in showing increased winning margins for the Democrats in safe blue states (California) and Republicans in safe red states (West Virginia and Arkansas), these trends are, in part, symptomatic of the growing polarisation of US politics during the 2000s.