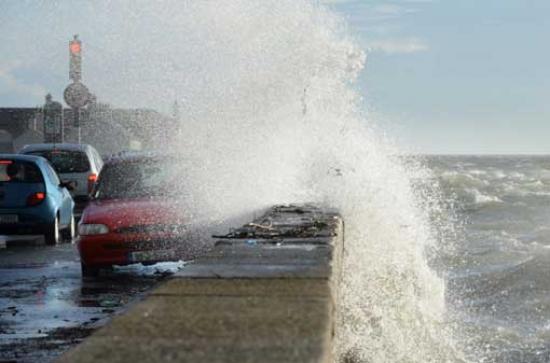 Climatologists at Maynooth University have identified the winter of 2013/2014 as the stormiest in 143 year record for Ireland and the UK.

The research carried out by Dr Tom Matthews, Dr Conor Murphy and Shaun Harrigan from Maynooth University Irish Climate Analysis and Research Units (ICARUS), together with Prof. Rob Wilby of Loughborough University (UK), used long-running atmospheric datasets to characterise winter storminess over the North Atlantic for the last 66 years and as far back as winter 1871-1872 for Ireland and the UK.

The results indicated that last winter was the stormiest in the 66 year record across the North Atlantic due to the unprecedented strength and number of cyclones over the mid- and high-latitude North Atlantic respectively.

For Ireland and the UK, although previous winters experienced more storms (e.g. 1914-1915, the first winter of World War 1), and storms that were, on average, more intense (during the late 1980s to early 1990s), no year in the 143 year record endured a winter as severe as 2013-2014 when both the frequency and intensity of storms are combined.

Discussing the research, Dr Tom Matthews, Lecturer in Geography, Maynooth University said: “Inspired by the severe weather we experienced last winter we decided to assess the extent to which these conditions were unusual in the long-term context. This is an important task as such destructive weather events are of tremendous societal significance as we saw last winter in both Ireland and the UK.

"Cyclones typically form over the North Atlantic Ocean and travel east toward Ireland and the UK.  The number and intensity of cyclones experienced each year has a significant influence on the amount of rainfall and extreme wind speeds.”

Dr Conor Murphy, Lecturer in Geography at Maynooth University commented “the exceptional nature of last winter’s storminess emphasises the importance of understanding the processes driving such extremes, particularly in light of projections of increased cyclone activity in this part of the Atlantic.

Shaun Harrigan, an IRC doctoral scholar at ICARUS added that “The work also increases confidence in the use of the long term datasets employed for understanding patterns of storminess over Ireland and the UK and will make an important contribution to further work in this area.”

The research is published in the September 2014 issue (Volume 4) of Nature Climate Change Journal.