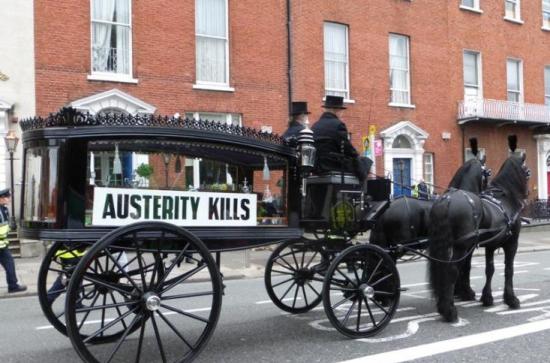 Presentation of Marie Curie research project Contentious politics in an age of austerity: a comparative study of anti-austerity protests in Spain and Ireland
Over the past four or five years, a series of protests rooted in demands for economic and political inclusion have taken place across diverse parts of the globe. Within Europe, countries that have been particularly hard hit and/or whose governments have been required to impose austerity measures by international financial institutions include Iceland, Spain, Greece, Ireland and Portugal.  In all of these countries, citizens have responded by public protest, although to greatly varying degrees. In this talk Dr. Flesher Fominaya will present her research project designed to look at collective forms of resistance to austerity measures in two countries hard hit by the crisis, Ireland and Spain.

DR. CRISTINA FLESHER FOMINAYA is Senior Lecturer (Associate Professor) in Sociology at the University of Aberdeen, UK and Senior Marie Curie Fellow at the National University of Ireland Maynooth. She is widely published in social movements in international journals. Dr. Flesher Fominaya has an MA and PhD in Sociology from the University of California, Berkeley, and has been researching and participating in social movements since the 1990s. Winner of numerous international awards, including the National Science Foundation Fellowship, the German Marshall Fellowship and the Marie Curie IEF Fellowship, she is a founding editor of Interface journal, an editor of Social Movement Studies, and is founding co-chair of the Council for European Studies Research Network on Social Movements.