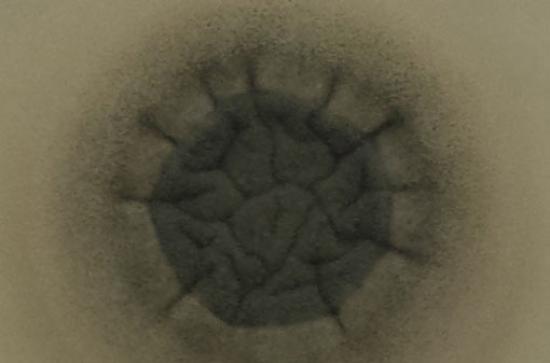 Researchers at the Department of Biology in Maynooth University, have made a significant breakthrough in the study of the human pathogenic fungus, Aspergillus fumigatus. The fungus, which severely affects some cancer patients, produces a toxic molecule, gliotoxin.

The toxin causes disease in immune-compromised patients such as cancer sufferers and is also a major issue in food safety. The researchers had previously discovered that the toxin actually damages the fungus itself, but that the production of the toxin stimulates repeat production (a positive feedback loop).

The scientists have now discovered that a new molecule (GtmA) shuts down the mechanism causing the repeat production. This type of molecular ‘off-switch’ has never been seen before in biology, and may form the basis of a therapy to treat aspergillus infection in patients.

Discussing the breakthrough, Professor Sean Doyle, Department of Biology, Maynooth University said he believed the breakthrough could form the basis of treatment for patients in the future.

“This is a major breakthrough because if we can discover exactly how toxin production is switched off in one fungal species, this will provide insights into how we can do it in other human, animal and plant-disease causing fungi.

“This might form the basis of a therapy to treat aspergillus infection in patients, which can have a significant impact for cancer, organ transplant, cystic fibrosis and chronic obstructive pulmonary disease (COPD) patients,” he said.

Following on from the discovery, Professor Doyle hopes that medication and food additives can be developed to combat the toxin.

“We’ve made a number of discoveries in our study of this fungus over the past few years but this is one of the most significant. It may lead to pharmaceuticals and food additives which can diminish the production of this extremely damaging toxin,” he added.

The Maynooth University team now intends to further explore the wider impact of their findings and also investigate if, and how, similar systems operate in other fungi which make gliotoxin, and related toxic molecules. The work has significant biomedical and biotechnological applications and they hope to work with pharmaceutical companies interested in anti-fungal drug development.

The research has been funded by Science Foundation Ireland and the Irish Research Council and the breakthrough has just been published in the prestigious Cell Press journal Chemistry & Biology. The team of seven researchers at Maynooth University, led by Professor Sean Doyle, has been pioneering investigations for several years into gliotoxin, making a number of key breakthroughs into the little understood toxic molecule which was first discovered in 1936.