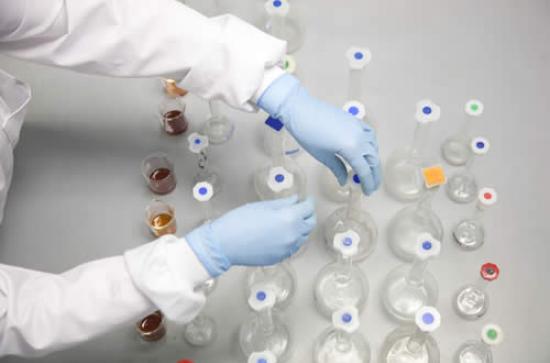 A research team at Maynooth University has made a breakthrough discovery by identifying a protein ‘Pellino3’ that may protect against inflammatory bowel diseases such as Crohn’s disease.  The research findings have been accepted and published in the prestigious ‘Nature Immunology’ journal.

The research team led by Professor Paul Moynagh, Head of Department of Biology and Director of the Institute of Immunology at Maynooth University with support from collaborators in Trinity College Dublin and University College Cork, has discovered a crucial role for a protein, Pellino3, in controlling unwanted inflammation in the intestine and therefore protecting against the development of Crohn’s disease. According to the Crohn’s & Colitis Foundation of America, 1 in 200 Americans struggle with Inflammatory Bowel Disease, while in Europe it is estimated that upward of two million are suffering with it.

Inflammation is the body’s response to disease-causing micro – organisms. This involves the movement of white blood cells from vessels into the infected tissue where invading micro-organisms are destroyed. However the recruitment of white blood cells into tissues needs to be tightly controlled since prolonged tissue infiltration of these cells will lead to damage to normal healthy tissue. This will manifest as chronic inflammatory diseases with the symptoms of the disease being dependent on the site of inflammation.

When chronic inflammation occurs in the intestine, this can lead to conditions known as inflammatory bowel diseases of which Crohn’s disease is an especially debilitating strand. The team at Maynooth University has discovered that the levels of Pellino3 are dramatically reduced in Crohn’s disease patients, which is a major advance in the understanding of inflammatory diseases of the digestive system. The team is now building on these findings and aims to use Pellino3 as the basis for a new diagnostic for Crohn’s disease and as a target in the design of drugs to treat this incurable disease.

Discussing the findings, Professor Moynagh said: “The research represents a major advancement in our understanding of inflammatory diseases of the digestive system. The conclusion that the protein Pellino3 is a regulator for unwanted inflammation in the intestine and therefore may protect against the development of Crohn’s disease is a significant breakthrough. My hope is that we can build on these findings and use Pellino3 as a new diagnostic for Crohn’s disease and as a target for new drug discovery. Our aim at Maynooth University is to progress this research even further and we look forward to further advancements in the area of immunology in years to come.”

Commenting on the development, Maynooth University President, Professor Philip Nolan said: “Research is about finding answers and solutions to major challenges and difficulties we face. Immunology is an area of strength for Ireland and developments such as this will cement our position as one of the world’s leading nations in this field. The findings by Professor Moynagh and his team have the potential to impact positively on many lives.”

The research project is funded by a Principal Investigator Award to Professor Moynagh from Science Foundation Ireland and the PhD Scholars Programme in Immunology funded by the Health Research Board. The findings have just been published in the scientific journal, Nature Immunology, which ranks first in the world in terms of publishing high impact and original immunology research and includes only the most influential, important or conceptually novel work in immunology.