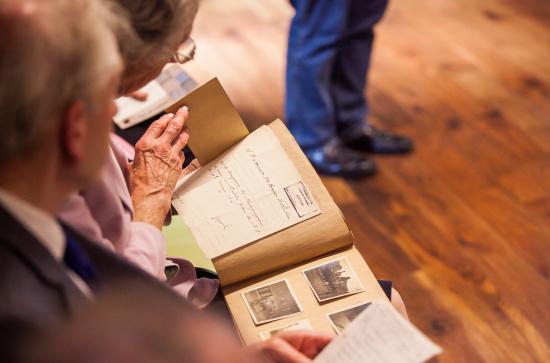 An Foras Feasa wishes to congratulate our Institute Head, Professor Susan Schreibman, on the successful launch of the Letters of 1916 project on 2 March 2016. This public humanities project makes it possible for everybody to be part of the research process. The Letters of 1916 invites the public not only to help transcribe these precious letters – perhaps the last remnants of the lives of those who have passed themselves into history – but also to ensure that private family history is included in the national narrative by contributing letters to the collection that were up to now hidden away in boxes, attics and biscuit tins. To date Letters of 1916 has collected over 2500 letters from 25 institutions and 45 private collectionP

As the project leader, Professor Susan Schreibman explains: “Letters of 1916 has created a crowdsourced digital collection of thousands of letters connecting hundreds of lives. These letters cover a variety of topics ranging from the Easter Rising to art, culture, family life and the Great War. Through these letters the project is bringing to life the written words, the last words, the unspoken words and the forgotten words. It is an online collection for the public, created by the public, which is adding a new perspective to life in this period, a confidential glimpse into early 20th century Ireland and the politics of the time.”