The first Buddhist mission to the west - and its Irish founder

The first Buddhist mission to the west - and its Irish founder 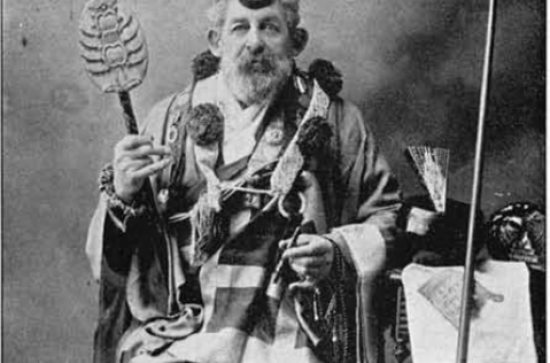 The London Buddhist mission of 1889 - 92, led by Irish-born Capt. Charles Pfoundes, who had lived in Japan since before the Meiji restoration, represented the Kyoto-based Kaigai Senkyō Kai and clashed with Irish-identified Theosophist celebrity Annie Besant, who claimed to represent "esoteric Buddhism". The photo above shows Pfoundes in Japan in 1905.

Dr Cox and Prof Bocking are invited speakers this month in Kyoto, at a conference on "Asian Buddhism: plural colonialisms and plural modernities" organised by Kyoto University's Institute for Research in Humanities and Ryokoku University's Research Centre for Buddhist Cultures in Asia with funding from the American Academy of Religion among other funders.

The conference, co-organised by Prof. Yoshinaga, is the third in a series following conferences in UCC and Duke University; the proceedings of the first conference were recently published by Routledge as A Buddhist Crossroads: pioneer western Buddhists and Asian networks 1860 - 1960.

Maynooth Sociology plays an important role in the rediscovery of the first western Buddhists, which can be followed on Dr Cox's Dhammaloka Project site at http://dhammalokaproject.wordpress.com/.