Emma McEvoy, PhD Student at the Department of Law, Contributes to Chambers of Ireland Report

Emma McEvoy, PhD Student at the Department of Law, Contributes to Chambers of Ireland Report 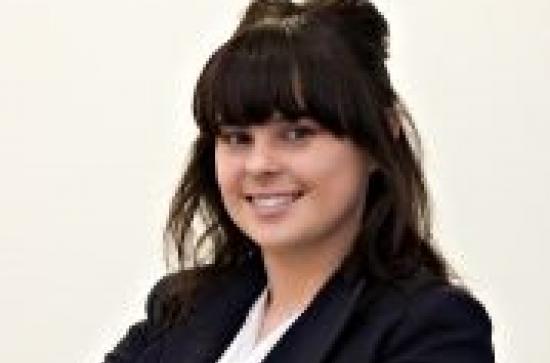 Emma McEvoy, PhD Student at Maynooth University Department of Law, contributed to a Chambers of Ireland Report, "A Strategic Procurement Policy for Ireland", which was officially launched on 8 April 2014.  Below is the official press release for the report.

Public Procurement Must Be About Strategic Goals Not Just Cost Saving

€800 Million Worth of Public Contracts Leave Ireland Every Year

Chambers Ireland has today (08/04/14) launched A Strategic Procurement Policy for Ireland which puts forward a number of recommendations on how to make public procurement benefit the economy as a whole rather than simply acting as a cost saving exercise.

Speaking this morning, Chambers Ireland Chief Executive Ian Talbot said "Current procurement policy in Ireland leaves many SMEs feeling excluded from the process. This is due to a narrow focus on cost by contracting authorities and overly complicated systems of pre qualification and tendering. One of the side effects of this is that 8.8% or €800 million worth of public contracts leave Ireland every year, well above the EU average of 3.5%.”

"Our document outlines a number of ways in which procurement can support the wider economy. We believe the Office of Government Procurement (OGP) should use metrics such as job creation and long term benefit for the economy. Too many contracts continue to be awarded on price alone without taking into account the number of jobs created in Ireland or monies that could be lost in tax revenue."

"The OGP is currently located within the Department of Public Expenditure and Reform. This sends the message that their main priority is cost saving. We propose moving the OGP to the Department of Jobs, Enterprise and Innovation which would signal an approach to procurement that focuses on opportunity, job creation and supporting the domestic economy."

"There are many models of best practice across Europe and we suggest the Government take a closer look at some with a view to implementing them in Ireland. Taking the lead from the Netherlands on executing the Small Business Innovation Research (SBIR) programme and the UK on CompeteFor, a unique system which allows businesses to compete for opportunities and produce community benefits, would significantly improve the procurement process in Ireland."

"The growth of indigenous Irish business is the single most important contributor to a sustainable economic recovery. If acted on, this strategy could result in a procurement policy of benefit to both buyers and suppliers. Crucially, however, it would also benefit all public procurement stakeholders and would contribute to a far-sighted, sustainable economic recovery," he concluded.