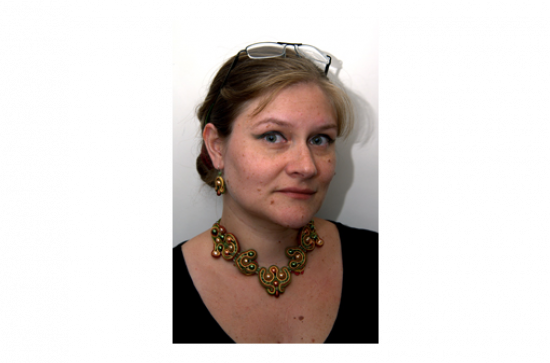 Dr. Ana Ivasiuc is a social anthropologist with expertise in the anthropology of mobility, security, policing, development, social movements (including the far-right), and urban ethnography. Her focus in her doctoral research project (2011-2014, National University of Political Studies and Public Administration, Bucharest, Romania, under the supervision of Prof. Vintilă Mihăilescu) was the notion of empowering the Roma, with a focus on Roma autonomous projects of social mobility in the context of a World Bank funded development and ‘empowerment’ project in Romania.
Between 2014 and 2017, Dr. Ivasiuc joined the Collaborative Research Centre “Dynamics of Security: Forms of Securitization in Historical Perspective” (SFB/TRR 138) funded by the German Research Foundation at the Justus Liebig University in Giessen, Germany. Her postdoctoral research project entailed an ethnography of formal and informal policing of the Roma in the peripheries of Rome.
Dr. Ivasiuc is the recipient of a research grant from the Gerda Henkel Foundation’s special programme Security, Society, State, for a project on civilian defense groups / neighbourhood patrols in Germany and The Netherlands. Her project analyzed the connection between transformations of the urban space, the rise of far-right civilian defense groups, and their effects on imaginaries and security practices of the state. She has published extensively on her research; among her publications are: Roma Activism: Reimagining Power and Knowledge (co-edited with Sam Beck, 2018/2020, Berghahn Books) and The Securitization of the Roma in Europe (co-edited with Huub van Baar and Regina Kreide, 2019, Palgrave Macmillan).
Prior to rejoining the academic world, Dr. Ivasiuc has coordinated the research department of an influential Roma NGO in Romania. In this quality, she has coordinated / carried out over twenty research and policy analysis reports in the field of Roma social inclusion in Europe, interethnic conflict, racism and discrimination, and migration. Dr. Ivasiuc is the co-convenor of the Anthropology of Security Network of the European Association of Social Anthropologists, an editorial board member of Conflict and Society, of the Anthropological Journal of European Cultures, and of the CEU Press series Conflict and Security in Central and Eastern Europe.