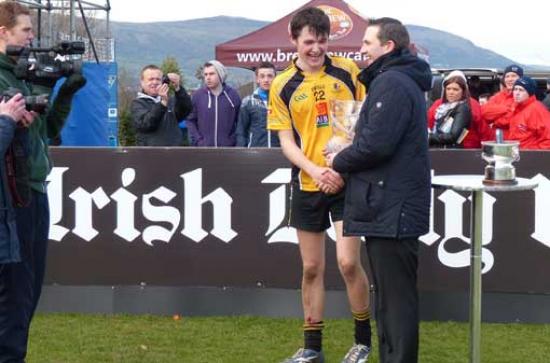 Comhairle Ardoideachais are delighted to announce and congratulate those selected for the 2014 Irish Daily Mail Future Championships Teams.

They will be honoured at a function on the evening of Monday, 14 April .

caption : Paul Winters being presented with his medal as Maynooth University win the Ryan Cup in QUB earlier this month.