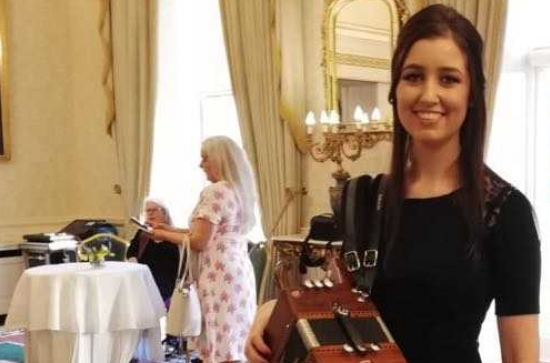 Joanne Cusack, Graduate Teaching Assistant and PhD researcher in music at Maynooth University, was one of the group of musicians invited to represent FairPlé at Áras an Uachtaráin on International Womens’ Day 2019, playing alongside Ciara O’Leary Fitzpatrick, Aoife Blake, Lisa O’Sullivan and Noriana Kennedy. FairPlé was a group founded in 2018 to achieve gender balance in the production, performance, promotion, and development of Irish traditional and folk music. Joanne Cusack has been involved with the group from its inception, and presented on her research at its recent conference, held at NUI Galway in February. 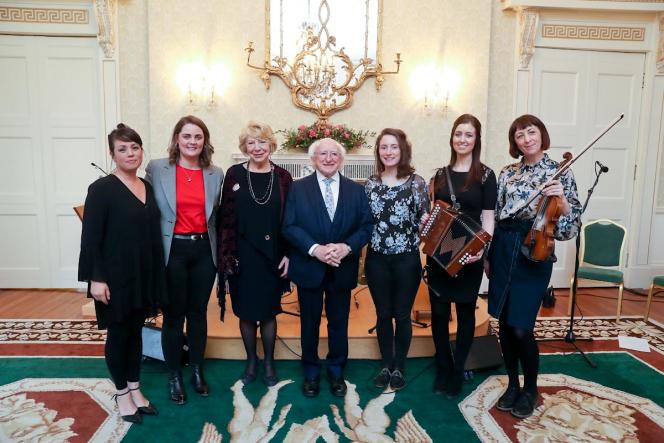