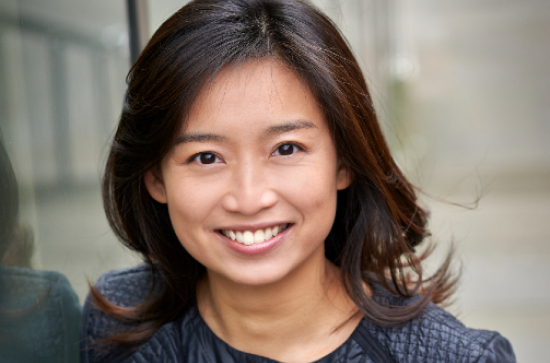 We are delighted to announce that Mei Yi Foo will be our inaugural Artist in Residence for 2022-23, a position hosted by Maynooth University in collaboration with Kildare County Council Arts Service, Music Generation Kildare and Music Generation Offaly/Westmeath. The role is designed to provide students and the broader communities in Kildare, Offaly and Westmeath the opportunity to work with Mei Yi, as well as giving her the time and support to develop her own projects.

Originally from Malaysia, pianist Mei Yi Foo is an award-winning artist. A graduate of the Royal Academy of Music in London, she won BBC Music Magazine's "Newcomer of the Year" award in 2013 for her album Musical Toys (Odradek Records), and has since become recognised internationally as an innovative pianist with a diverse and eclectic repertoire. As a new music advocate, she has performed at the Schoenberg Centre in Vienna, Park Lane Group at the Southbank Centre, London, and at the Pinakothek der Moderne in Munich (for Bayerische Staatoper's Festpiel+ Series), and has collaborated with prominent composers including Dai Fujikura and Unsuk Chin.

Welcoming her appointment, Mei Yi Foo told us "I am delighted to be starting my residency at Maynooth University. One of the projects I bring to the post, called Far East Sounds, is particularly special, as it introduces the practice of interaction between music and nature. Played alongside the soundscape from the rainforest, improvisatory dialogues, and works that meld different musical languages, will be performed to show the cultures of east and west. One strand from this project will be to encourage students at Maynooth to initiate and collate their own soundscape. By bringing a body of new sounds to the community, the students themselves will gain curatorial powers to inspire the community, prompting the younger generation to listen, react and create, as well as to draw the public closer to the musical and natural sound world."

We look forward to working with her in the coming months.