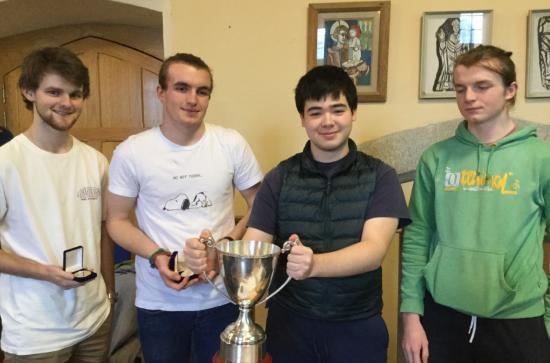 The All-Ireland finals of the Team Maths competition were held at Maynooth University on 2 March 2019. This competition is organised by the Irish Mathematics Teachers Association annually.
The top twelve teams from the regional rounds competed in Renehan Hall, and the team from Glenstal Abbey emerged as winners (pictured above).

The day began with a talk by Dr Mark Walsh of the Department of Mathematics and Statistics on the geometry of soap bubbles. 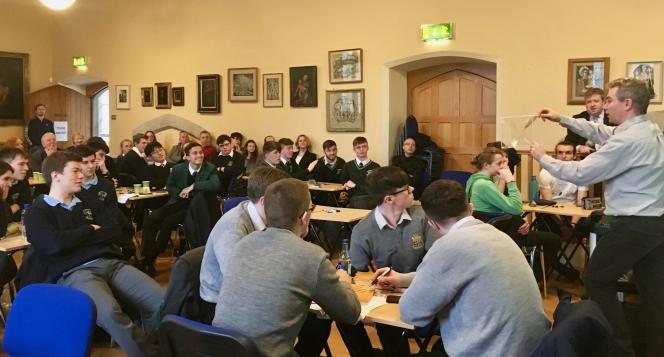 This was followed by a presentation by Professor David Wraith of IMTA awards to the three students (and their teachers) who were judged to have given the best performances in the 2018 Leaving Certificate Mathematics Examinations. 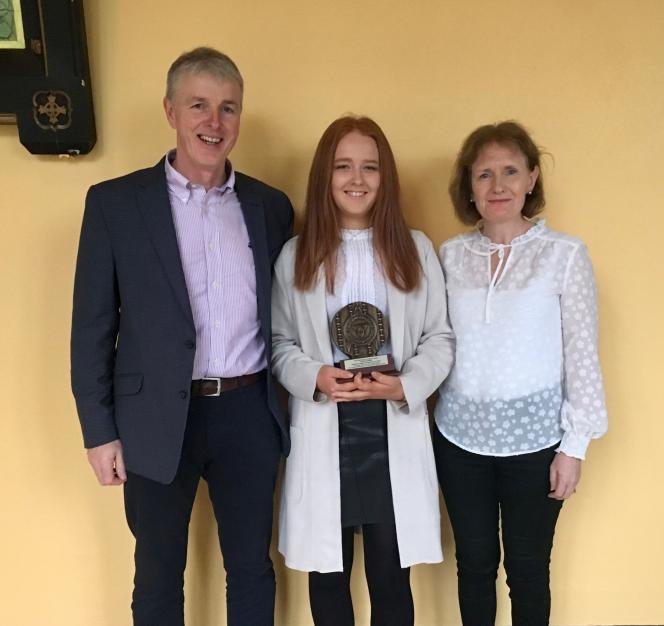 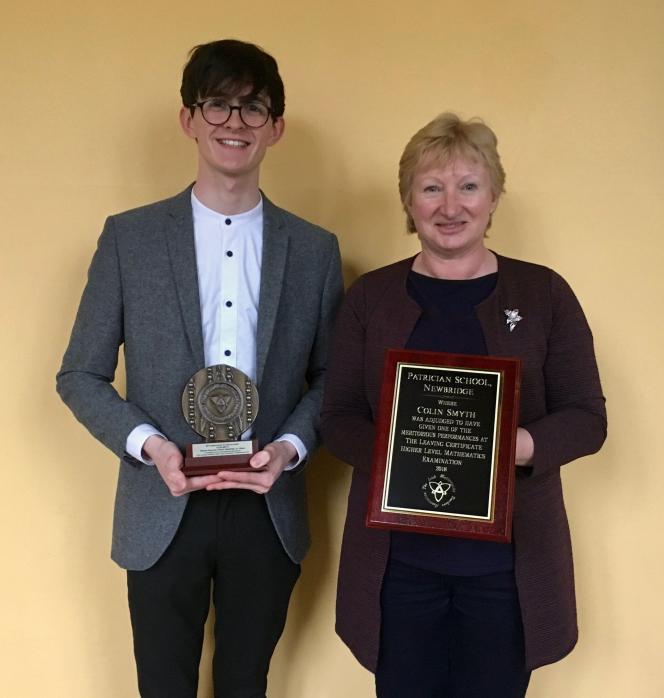 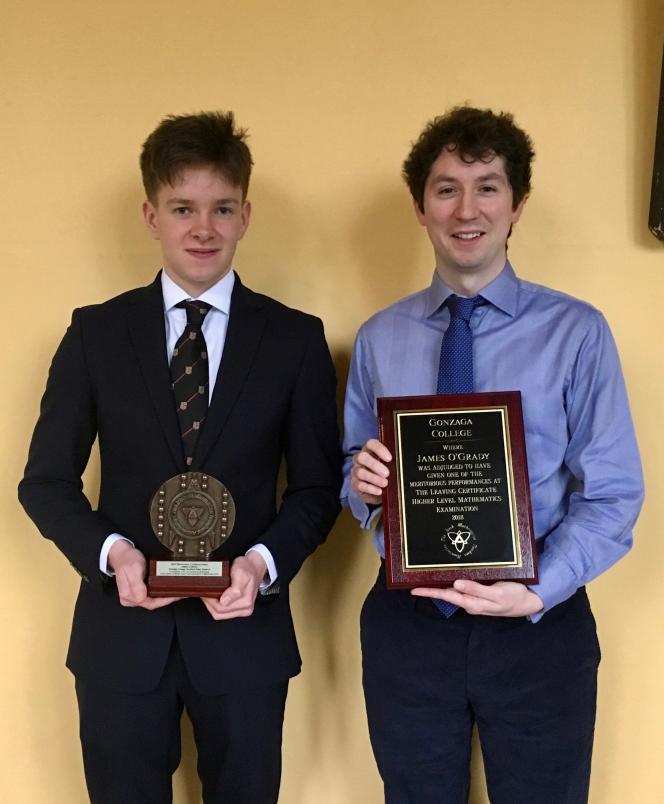 The event was organised by Dr Ann O'Shea in conjunction with the IMTA and was supported by the Department of Mathematics and Statistics, the North Kildare Mathematics Problem Group, and the Admissions Office of Maynooth University.