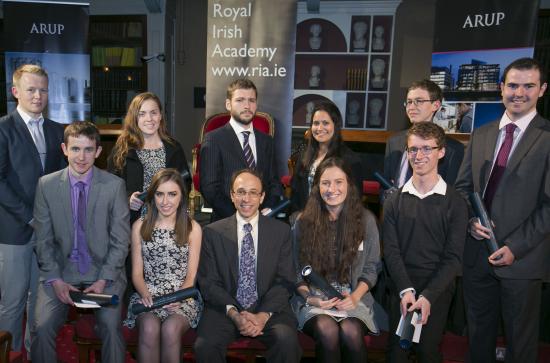 Congratulations to Laura Dowling, who was presented with the Hamilton Prize (MU) for 2015 at the RIA.

On 16 October 2015, the best Mathematics students in ten of the Higher Education Institutions in Ireland were presented with Awards as part of the 2015 Hamilton Day activities. This date marks Hamilton’s life and his contribution to mathematics and the anniversary of when Hamilton scratched his formula for quaternion multiplication on Broome Bridge in Dublin. Other activities included a Masterclass and the annual Hamilton lecture, given by Professor Daniel Spielman of Yale University.

These events are kindly sponsored by Arup and the Irish Times.