Ancient Egypt has not only left us with spectacular monumental buildings but also with about half a dozen mathematical texts mostly dating from the Middle Kingdom (when royal tombs were still built in the form of pyramids). These texts indicate the techniques that were used to handle numeric data, but they also illustrate the context in which mathematical concepts and techniques were developed.

In my lecture, I shall present examples of Egyptian mathematical texts and describe their characteristic features. Furthermore, I will describe how, in various periods, the
individuals who practiced mathematics evaluated themselves and their knowledge within the Egyptian culture.

Parking: If you are traveling by car, please note that parking permits are not required after 5pm, see Traffic Management web page for details. 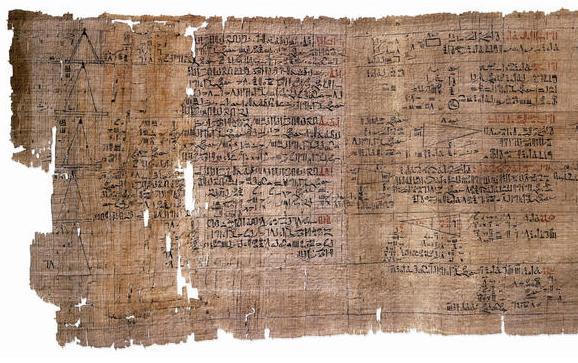 Guided Tour of old Mathematical Texts in the Russell Library

Details:
This tour, which will be facilitated by staff of the Russell Library and Dr. Ciarán Mac an Bhaird, Department of Mathematics and Statistics will include viewing of texts such as:

Professor Huxley has long had a very close association with Maynooth, where he delivers annual lectures and sponsors student prizes in both Departments. He received an honorary doctorate from Maynooth University in 2013.