The Department of Anthropology has a Visual Ethnography Lab providing access to audiovisual recording equipment for fieldwork research and video editing. A a small studio space is available offering both an academic study background and a range of coloured paper backdrops, including a green screen for chroma key compositing. Students have access to a high specification iMAC running the latest full Adobe Creative Cloud Suite for photographic, video editing and design work. A range of HD camcorders, 4K mirrorless cameras, studio lights, tripods, and high quality microphones are available for long and short-term loan.

Formal training in audiovisual technology and field methods is available for Third Year Undergraduate Anthropology Students through the AN340 Visual Ethnography Module. On request, we may be able to offer some technical training in use of the equipment to other interested individuals.

To borrow the film making equipment you will need to complete an Equipment Loan Form available from the Department of Anthropology Office.

We encourage our students to add their films to our visual library and YouTube Channel. 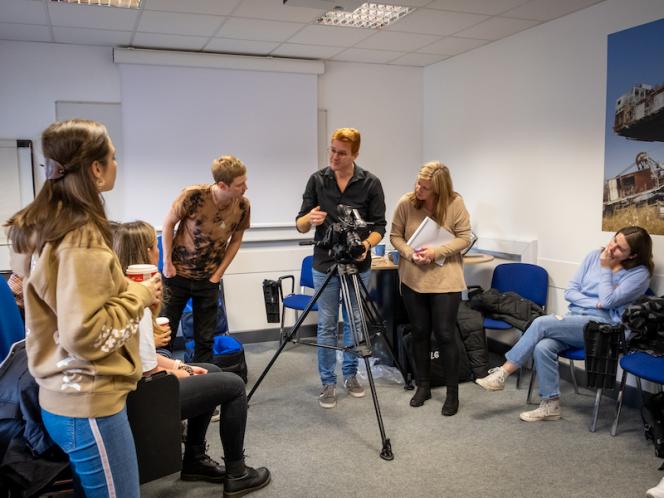 As part of our Visual Ethnography Module, six students along with Prof. David Prendergast visited Sona Sasta in Summerhill, Meath in Ireland to create a short film to promote an innovative meals on wheels service.

This is a film about the work of Maynooth Men's Shed in Ireland by staff and students of the Visual Ethnography Lab at Maynooth University and supported by the ERC Smartphone and Smart Ageing Project.

Dr Ela Drazkiewicz of the Maynooth University Department of Anthropology discusses her research in South Sudan with a Polish NGO.

Professor David Prendergast of Maynooth University discusses an example of the sort of work an anthropologist may do in a large multinational corporation as well as smart cities, the internet of things, and autonomous vehicles.

Anthropologist Dr Mark Maguire from Maynooth University in Ireland talks about his work on security experts and technologies and what happens in the first ten minutes of a terrorist attack.

The Anthropology of Smartphones and Smart Ageing is a multi-sited research project based at University College London Anthropology, funded primarily by the European Research Council.

The project employs a team of ten anthropologists conducting simultaneous 16-month ethnographies in Ireland, Italy, Cameroon, Uganda, Brazil, Chile, East Jerusalem, China, and Japan. Launched in October 2017, with fieldwork beginning in February 2018, the aim of this collaborative five-year project is to conduct comparative analysis of the impact of the smartphone on the experience of mid-life around the world and consider the implications for mHealth.

Anthropologists Pauline Garvey (Maynooth University) and Danny Miller (UCL) have been engaged in ethnographic research in two sites in Ireland. David Prendergast and Daniel Balteanu and students from the Department of Anthropology have been working with the ASSA team on a series of ten short films representing aspects of the project fieldwork in Ireland. These will be uploaded here once they become available.

The Maynooth University Anthropology Society with support from the Department of Anthropology held its first annual photography competition in April 2019. This competition also came at a very exciting time with the establishment of the MU Visual Ethnography Lab led by Prof. David Prendergast and the introduction of a new departmental module in ethnographic film and photography.

This competition was open to all postgraduate and undergraduate anthropology students who were given a choice of two questions in which to base their ethnographic photography in addition to a short narrative supporting their photograph. These questions were:
Take a photograph of what you feel represents identity in today’s society.
Capture an image that tells a story of cultural integration and/or diversity.

The competition received an excellent response with seven shortlisted images selected for exhibition in the University Library. The first and second prize winning images were enlarged and prominently displayed in the Department of Anthropology, 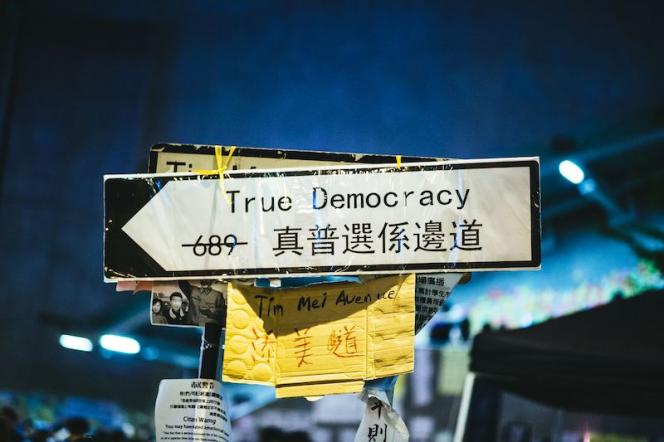 “This photograph was taken in Hong Kong during the Umbrella Revolution in 2014. The sign 'true democracy' was plastered over road signs in the financial district (Central Hong Kong). This image for me represents the free market ideals that the people of Hong Kong want to protect from China's one party communist rule. Many Hong Kongese use the number 689 as the moniker of Chief Executive Leung Chun-ying (Hong Kong's pro-Beijing chief executive). The crossing out of 689 in the sign represents a vociferous rejection of Leung Chun-ying ideals.”

The second prize was taken first year undergraduate student, Roxana Zaha and her beautiful ethnographic photography that captures the story of Fatima and the Two Colliding Seas: 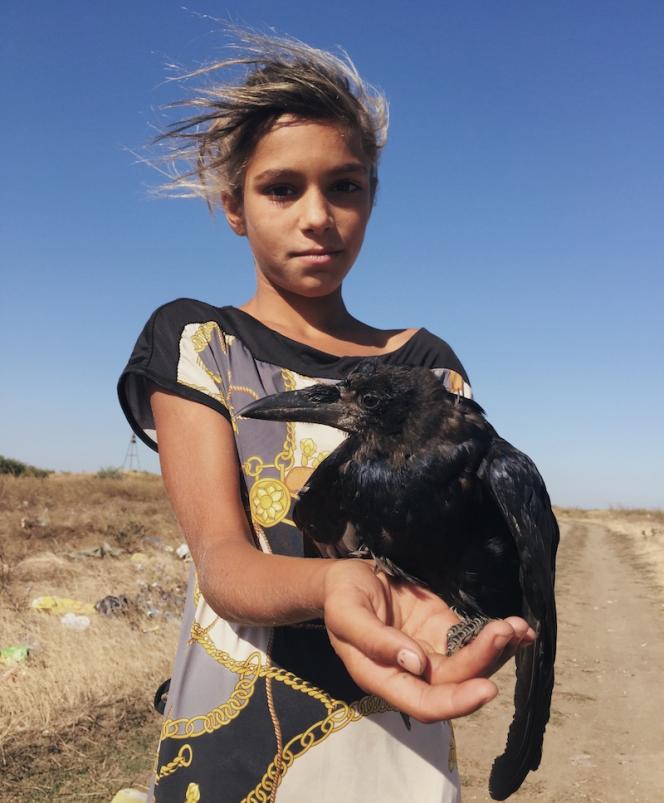 “Where the beach sand of the Black Sea starts to fade into short grass and thistles, a sea of trash from the nearest resort town builds. The two seas collide and in the midst of the plastic waves, visible from the satellite, ten blue containers resemble strange metal anthills. These were the solution found by Eforie Sud’s City Council for sheltering some of the Roma they ejected from their camp in an action of land grabbing. After using bulldozers to pull down the old camp, 100 adults and 50 children were left without a shelter. Their cause was backed by multiple NGOs. Eventually the mayor of Eforie Sud devised an answer in the metal containers that he placed at the edge of locality’s landfill site. In one of these containers lives Fatima, a child from a small Roma community that settled in Romania near the Black Sea more than 500 years ago, but that is an old story. Now Fatima’s home is in the two colliding seas.”