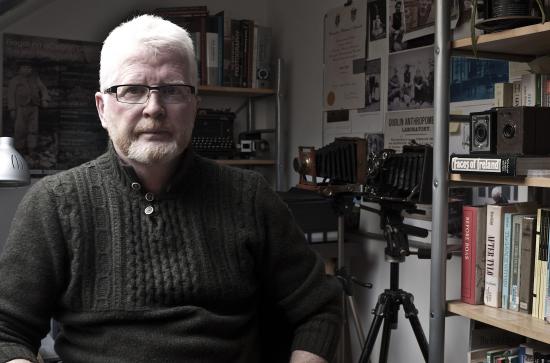 President Mary Robinson used her inauguration in 1990 to invite the citizens of Ireland to come dance with her and usher in a new Ireland. Four years later, the interval act at the 1994 Eurovision Song Contest transformed the way we think about dancing in Ireland. According to choreographer Fearghus Ó Chonchúir, Riverdance registered a shift from the rurality of an older folk tradition to a globalised urbanity. While there is a consensus 26 years on that Riverdance signalled an epic break with tradition, the creative model for the show was forged by a company working within a distinctive tradition of folk dance in Kerry.

Pat Ahern, who founded a folk theatre movement in the 1960s, and María Pagés, who founded a Flamenco company in 1990, devised the closing sequence for Bill Whelan’s orchestration of Red Hugh O'Donnell's flight to La Coruña after the Battle of Kinsale. The Department of the Taoiseach, which governed arts and culture at the time, commissioned The Seville Suite for Expo '92 and it received its premiere in Dublin in March before moving to Seville for the Irish National Day in October.

Pagés danced opposite Michael Murphy, one of four dancers who joined Ahern's company, Siamsa Tire, when it went professional in 1985. Proinnsías Ó Duinn conducted the RTE Concert Orchestra, which included 'traditional’ Irish and Galician musicians. Writing in Irish Arts Review, Kate Robinson said it was "a brilliant piece of choreography … in which Flamenco dancing meshed with the Irish hornpipe, emphasising both the similarities and the differences between the two styles."

Two years later, Whelan presented a version of this sequence as the interval act in the Eurovision Song Contest. Jean Butler and Michael Flatley replaced Pagés and Murphy and, as Murphy recalls, Flatley visited him in his dressing room after a performance in Dublin in November 1992. Whelan, however, had been working on the idea of Riverdance long before that.

Writing in The Sunday Times, Mick Heaney traced the origin of Riverdance to Timedance, the interval act of the 1981 Eurovision Song Contest in Dublin, which RTÉ commissioned from Whelan, Dónal Lunny and Ann Courtney, a choreographer with Dublin City Ballet. Heaney described how Timedance "began with traditional airs before moving on to a fully orchestrated version of Lunny's Ballymun Regatta [while] ballet dancers bounded across the stage." It was, he wrote, a bizarre performance that signalled a departure by Lunny and others from the distinctive local flavour of traditional music to a commodified and cod-mystical Celticism under the pretext of pushing the boundaries of Irish folk music.