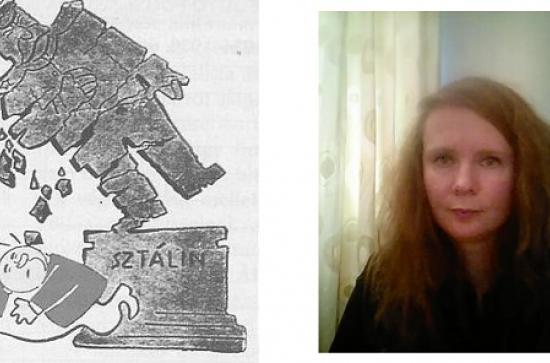 The Jolliest Barrack? The power and limitations of laughter in post-Stalinist Hungary (1956-1989)

Speaker
Dr Lili Zách is Assistant Professor in Twentieth-Century European History at the Department of History, Maynooth University. She holds a PhD from NUI Galway.
Title

Synopsis
The failed Hungarian revolution and subsequent retaliations in November 1956 marked the beginning of the post-Stalinist time period in Hungary. The immediate years after the revolution are traditionally associated with fear, repression, arrests, and executions. This talk will provide an insight into the significance of humour as a coping mechanism for the collective trauma caused by the invasion of the Soviet troops, highlighting how the different uses and functions of laughter may shed light on so far less explored aspects of communist dictatorships. In addition, humour also had the potential to strengthen social bonds and solidarity among the population, make sense of the absurdity of totalitarian ideologies, and function as a means of non-violent resistance to political oppression. However, humour was not exclusively associated with political dissent but also formed a crucial part of “official humour” in post-Stalinist Hungary, particularly following the 1963 amnesty that signified an important step towards a “welfare dictatorship”. Therefore, on the one hand, humour constituted a vital part of popular opinion in the form of underground jokes, anecdotes, gossips, and wisecracks; on the other hand, it was a valuable tool in state-sanctioned radio sketches and television programmes, cabaret theatre performances, and satirical caricature magazines that created a sense of normality in the dictatorship.
Click here for PowerPoint presentation with video.

Dr Hussam Ahmed's paper 'Egyptian Cultural Expansionism in Europe and the Mediterranean (1936-1952)' may be viewed at History Research Seminar.