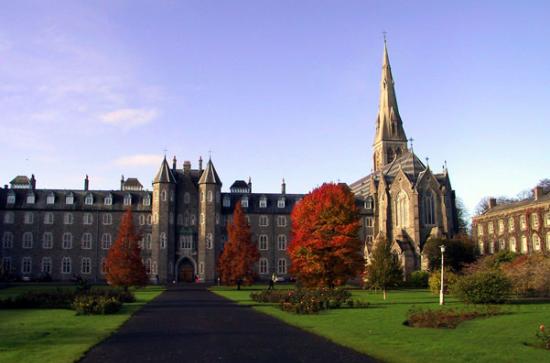 Maynooth Green Campus welcomes wholeheartedly the decision of TCD to divest from fossil fuel investments in the near future. This is a great result from the student-led initiative over the past year, and the widening and deepening of the movement to divest from industries that contribute to global warming and climate change. Trinity estimates the fossil fuel part of its endowment fund portfolio at €6.1million. Earlier this month, NUI Galway said it would also divest €3.4 million.

These are significant contributions to the campaign for a post-carbon economy in Ireland, and the efforts to tackle global warming and means that TCD and NUIG have now joined Maynooth University, which adopted a fossil-free policy during 2015.

Maynooth University, with Trócaire and Saint Patrick’s College Maynooth, who collaborate on best practice through the Maynooth Green Campus initiative, have worked to promote this movement and have organised a major  Conference on Climate Justice in June 2015 and a Workshop on Ethical Investment in Feb 2016.

The argument for divestment is valid principally as one key part of the overarching need for an accelerated shift to a post-carbon economy based on renewable energy, low carbon travel and transport, and low carbon agriculture. Without massive changes in these areas, global temperatures will continue to rise, resulting in climate change, droughts, flooding, loss of life and profound damage to infrastructure and human habitats. But it is but one key part of a wider project that humanity needs to embrace if climate chaos is to be averted.

The adoption, at the COP 21 on climate change in Paris in December 2015, of a historic agreement and target, to keep the rise in global temperature at less than 2 degrees and near to 1.5 degrees Celsius in the 21st century, means that most of the known fossil fuel reserves currently still in the ground will need to remain there. Implementation of this target will inevitably devalue such reserves and make it less rational for individuals and institutions to invest in carbon-based funds. So divestment is both the right thing to do, viewed when from a public policy perspective, and is increasingly becoming the rational thing to do from a fund management perspective.

However, the world is a very long way, as yet, from being on a trajectory that is likely to meet the 2 degrees target, even if the pledges made in Paris by 193 nations are implemented. The agreement was, for all its importance, just a beginning. So, we will need to examine every facet of the challenge to provide carbon free pathways for the future and to protect vulnerable populations and sections of society from the worst effects of climate change. The shift by universities, not only in Ireland but around the world, to fossil fuel divestment, is a significant showing of leadership and should be vigorously built upon.
ENDS