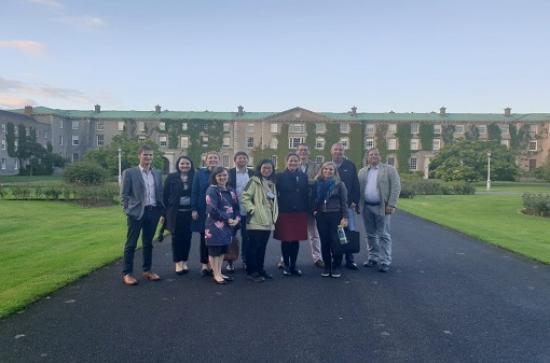 The June meeting follows on from the inaugural network meeting hosted by Exeter Law School in April 2019. These two initial meetings of the network, in Exeter and Maynooth, have served as an opportunity to shape the network, but also as a means to begin the work of the network to foster excellent scholarship and to build stronger connections between scholars working in patent law in the UK and Ireland. The network has attracted considerable interest and the organisers aim to expand and continue the network in future years with annual meetings in Ireland and the UK. With this in mind, the organisers (Dr McMahon, Dr Hawkins and Dr Walsh) have successfully secured funding from the Society of Legal Scholars to help support two future network meetings in Maynooth and Exeter in 2020.

For further information on the network, please contact: aisling.mcmahon@mu.ie