Lecture: 'An Irish origin of Modern Computers: Investigating the Work and Life of Percy Ludgate (1883-1922)'.

Lecture: 'An Irish origin of Modern Computers: Investigating the Work and Life of Percy Ludgate (1883-1922)'. 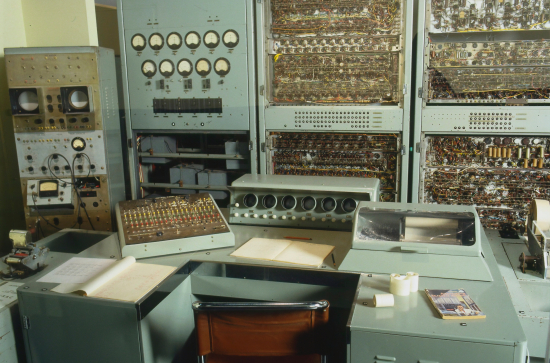 An Irish origin of Modern Computers

The forerunner of all modern digital computers is the giant mechanical "Analytical Engine" that the famed English mathematician, philosopher and engineer Charles Babbage designed starting in 1837. It was to be over a hundred years before the first computers were successfully built - by which time electronic valves could be used rather than mechanical gears. Percy Edwin Ludgate is notable as the second person during this one-hundred-year gap to publish a design for what he called his Analytical Machine. Ludgates' paper describing his design for a programmable mechanical computer was published in 1909 by the Royal Dublin Society but attracted little attention and was soon largely forgotten. Some fifty years ago I rediscovered Ludgate's paper and undertook a first investigation of his life and his very innovative work. In this talk I will describe the results of the first investigation into the life and work of Percy Ludgate since my 1971 paper on him. This major investigation, led by Dr. Brian Coghlan of Trinity College Dublin, has through much diligent effort uncovered a range of new material, and has made two significant discoveries. One of these concerns Ludgate’s machine and the other his family.

Further details, including the talk abstract and booking form, are available here.