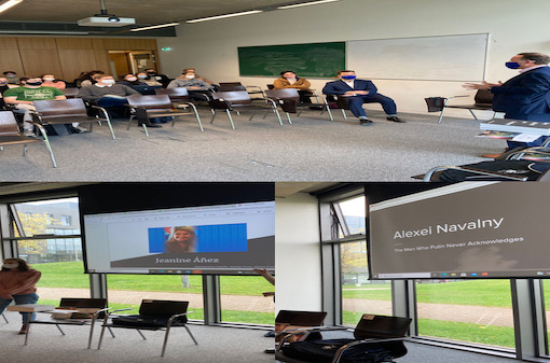 A group of Maynooth law students participated in the annual Sakharov Prize debate hosted by the Jean Monnet Chair in EU Law and Fundamental Rights in cooperation with the European Parliament Office in Ireland. Students took turns in making the case for the five nominees followed by a vote amongst all those present, which saw a group of Afghan women's rights activists come out on top. The students impressed with their detailed engagement with the nominees' achievements and as a reward received a few goodies from the European Parliament Office.

More on the Sakharov Prize for Freedom of Thought - awarded two days later to Alexej Navalny - can be found here.