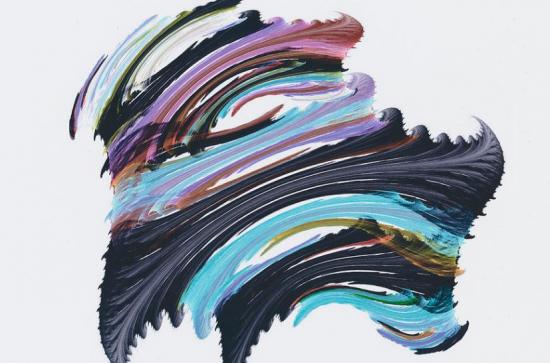 A new Maynooth University and University of Liverpool study published today in ‘Neuropsychology’ shows that it may be possible to detect neurodegenerative disorders in artists before they are diagnosed.

Professor Ronan Reilly from Maynooth University’s Department of Computer Science and Dr Alex Forsythe and her team from the University of Liverpool’s School of Psychology examined 2,092 paintings from the careers of seven famous artists who experienced both normal ageing and neurodegenerative disorders.

The study builds on previous research which has shown that linguistic changes in writers and politicians can provide an early indicator of cognitive deterioration.The speeches of US President Ronald Reagan displayed significant decline between the 1980 and 1984 elections. A paper published in 1984 posited that this decline was an indicator of the initial signs of Alzheimer’s disease. This conclusion was confirmed ten years later when Reagan received his official diagnosis.

Fractal analyses
Evaluating changes in the works of a painter is an even more significant challenge for researchers than measuring linguistic deterioration. The team analysed the brushstrokes of each of the paintings using a method involving the application of non-traditional mathematics to assess structures in the paintings known as ‘fractals.’

Fractals are mathematical characterisations of self-repeating patterns often described as the ‘fingerprints of nature.’ They can be found in natural phenomena such as clouds, snowflakes, trees, rivers, and mountains. Viewing fractal patterns can elicit high alpha waves in areas associated with attention visual processing and are associated with judgements of beauty in art, particularly when pictures are representing something in the natural environment. They have been found to be a valid measure of universal and individual preference.

This method has also been used to determine the authenticity of major works of art.  The fractal “signature” of the painter Jackson Pollock has been contrasted with recently discovered Pollock paintings, enabling a determination of authenticity.

Although painters work within a different style or genre, the fractal dimension in which they operate should remain comparable.

Patterns of change
The results were examined to see if the variations in the unique fractal aspect of an artist’s work over their career were due just to their increasing age or ongoing cognitive deterioration.

The study showed clear patterns of change in the fractal dimension of the paintings differentiated artists who suffered neurological deterioration from those aging normally.

Artists who aged normally, even those like Picasso who regularly varied their personal style, tended to stay within a much smaller range in their fractal dimensions. The work of artists who would develop Alzheimer’s disease, such as De Kooning, shows a steady decline in fractal dimensions from about the age of 40 and a greater variance across time. In the case of artists like Dali who developed Parkinson’s disease, the researchers saw an inverted-U shape pattern with their capabilities increasing up until their late fifties before beginning to decline from there on.

Dr Alex Forsythe, said: “Art has long been embraced by psychologists as an effective method of improving the quality of life for those persons living with cognitive disorders. We have built on this tradition by unpicking artists ‘handwriting’ through the analysis of their individual connection with the brush and paint.  This process offers the potential for the detection of emerging neurological problems.”

Professor Reilly notes: “Identifying changes in someone’s behaviour that can predict clinical diagnoses years later is very challenging; however, this data suggests that it could be possible to identify changes in the structure of a painting many years before the diagnosis of a neurological disorder.”

“We hope that our innovation may open up new research directions that will help to diagnose neurological disease in the early stages,” concluded Dr Forsythe.