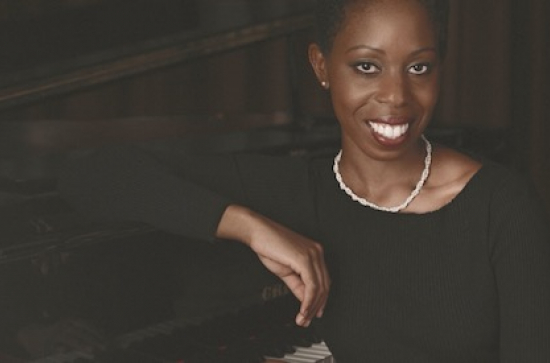 Abstract: Florence Price (1887–1953) is often described as the first African American woman to achieve national and international success as a composer. However, this deserved accolade tends to exceptionalize her achievements as a female composer of African descent and thus to obscure or negate the rich context in which she worked. “Composing a Symphonist: Florence Price and the Hand of Black Women’s Fellowship” resituates Price in the dynamic cultural movement of the Black Chicago Renaissance and recognizes how a number of African American women played diverse and crucial roles within it.

I illuminate Price’s Chicago, in which a female-led community shaped an American art music that uplifted black musical idioms. Positioning Price’s transition from Little Rock, Arkansas, against the backdrop of the Great Migration, the unfolding narrative explores the first six years in which she lived in Chicago (1927–1933); it delves into the community that awaited her and the particular influence of Nora Douglas Holt, Estella Conway Bonds, and Maude Roberts George in her ascent to become the first nationally-recognized black female symphonist. The result is a geographical and sociocultural mapping of Price’s Chicago that reveals the clasped hand of black women’s fellowship.

Bio: Dr. Samantha Ege is the Lord Crewe Junior Research Fellow in Music at Lincoln College, University of Oxford. She is a leading interpreter and scholar of the African American composer Florence B. Price. She received the Society for American Music’s Eileen Southern Fellowship (2019) and a Newberry Library Short-Term Residential Fellowship (2019) for her work on women's contributions to concert life in interwar Chicago. She has written for American Music, Women and Music, and the Kapralova Society Journal. She released Four Women: Music for Solo Piano by Price, Kaprálová, Bilsland and Bonds with Wave Theory Records in 2018. Her latest album is called Fantasie Nègre: The Piano Music of Florence Price and will be released in April of this year.