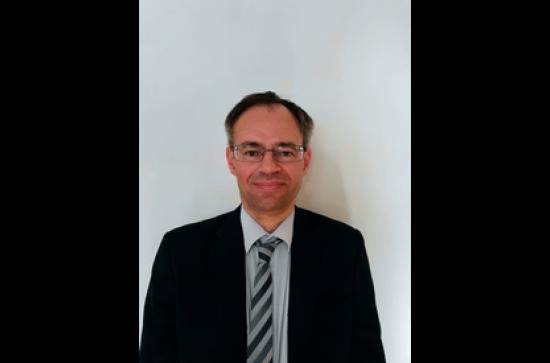 Cormuin Ó Raghallaigh comes from Carrickmacross, Co. Monaghan. His initial piano lessons began at the age of five with his mother Áine and Darina Gibson. Upon winning a scholarship to St. Finian's College, Mullingar, he continued his studies with Pádhraic Ó Cuinneagáin and also studied organ with Shane Brennan. Cormuin holds a Master's Degree in Piano Performance from Maynooth University where he also obtained a B.A. in English. His teacher during this time was Leonora Carney and he also continued his organ studies with John O'Keeffe.

In 1995 Cormuin won the John Benson memorial Cup for Bach playing in the Dublin senior Feis Ceoil. He also won the Henry Loretto Cup at the Sligo Feis Ceoil in 1998. A former organ scholar of NUI Maynooth, Cormuin was resident organist at Foxrock Parish Church from 2001-2019 and is currently resident organist at the Church of St. Therese, Mount Merrion. He has been official accompanist to Bray Choral Society since 2005 and to Wicklow Choral Society since 2011. In the summer of 2010 he gave an organ recital in Foxrock Church to celebrate the 75th anniversary of the parish. He has performed with Bray Choral Society in Salzburg, Vienna and Brussels as well as in the Church of the Holy Redeemer, Bray and the National Concert Hall, Dublin. He taught piano in Newpark Music Centre from 2005-2014 and in February 2012 was appointed official accompanist to the music department at Maynooth University where he worked until June 2015. He has worked with many of Ireland's leading soloists including Niamh Murray, Paul Byrom, Simon Morgan, Sandra Oman and Celine Byrne.

Having made his solo debut in the John Field room of the National Concert Hall in 2009, other performances include a solo lunchtinme Concert at the same venue in July 2011 as well as a recital in the Pavilion theatre, Dún Laoghaire. He has also played at The Íontas Centre, Castleblayney, Annaverna House and Mary Immaculate College in Limerick. During his time in Maynooth he performed at several final-year recitals with the degree and master's students. In the summer of 2012 Cormuin gave a solo organ recital in his home town of Carrickmacross which led to the release of his first CD titled 'A celebration of Bach'. In early July 2015 Cormuin gave a second recital in Carrickmacross and on July 26th of that year he gave a debut recital in the renowned annual series in St. Michael's Church, Dun Laoghaire under the guidance of Peter Sweeney. The concert consisted of music by Bach, Buxtehude and Sweelinck. In the spring of 2016 he joined forces (as pianist) with violinist Miriam Cahill for a highly successful 'Spring Serenade' series in the Dominican Convent, Wicklow Town and Monkstown Parish Church. He was official accompanist in The Íontas Centre for a concert in April 2016 titled 'Sounds of our Land'. This event celebrated the musical and cultural heritage of 1916 and the century thereafter. In February 2019 he was pianist for the Irish Premiere of Howard Goodall's 'Invictus': A Passion in St. Anne's Church, Westland Row. This performance was given by the combined forces of Bray and Wicklow Choral Societies and a second concert took place the following night in the Church of the Holy Redeemer, Bray. Cormuin is also a highly experienced accompanist for all the main exam boards at every level up to and including diploma level.